TRIBUTE: Abu Ali, ‘intelligent’ lieutenant-colonel who ‘doesn’t brag’ but is killing off Boko Haram in Borno 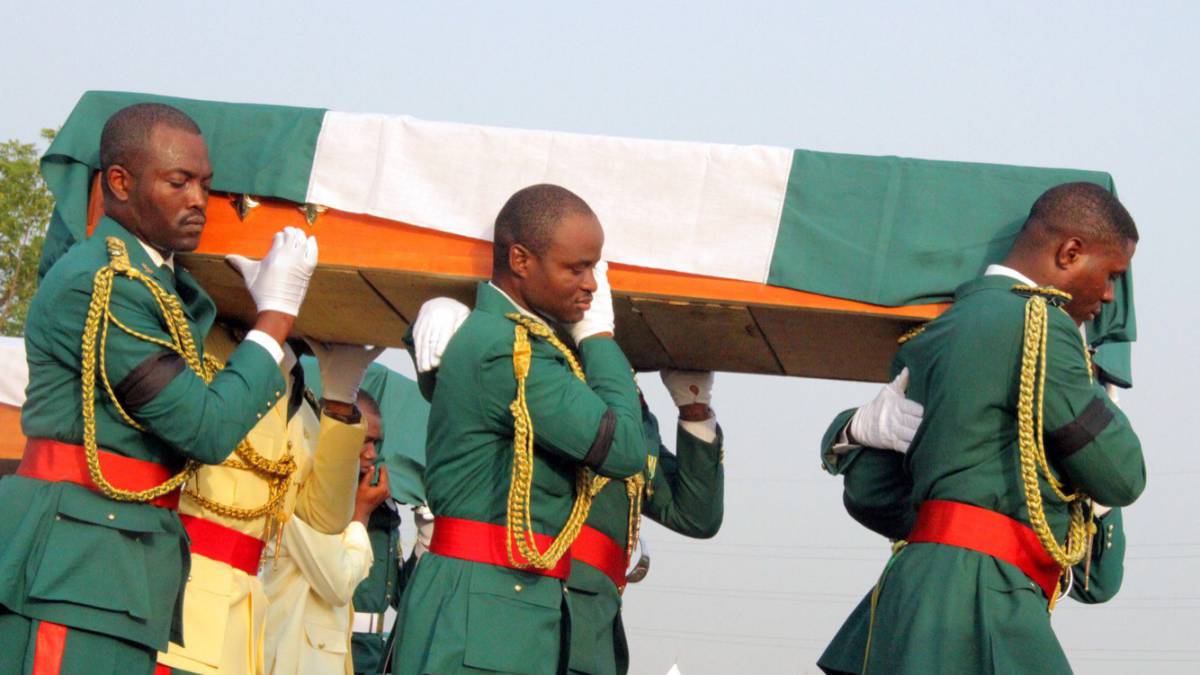 In the spirit of the Armed Forces Remembrance Day, we take you back to this tribute, first written in June 2016, for Muhammed Abu Ali, who was killed, alongside six other gallant officers, by Boko Haram in December 2016.

Muhammed Abu Ali is the name. You may have heard about him before: he is the officer who was granted accelerated promotion from rank of major to lieutenant-colonel in September 2015, for his courageous performance in a series of the army’s engagements with Boko Haram.

His elevation was first announced shortly after one of the army’s fiercest-ever battles with Boko Haram, in February 2015, culminating in the recapture of Baga from insurgents. But the official decoration was delayed until September when, after another monumental success — the capture of Gamboru-Ngala — Tukur Buratai, chief of army staff, visited the war front.

During that decoration, Buratai praised Ali for his “courage, bravery and exceptional performance in the fight against the Boko Haram terrorists”.

Tukur is not alone in his opinion; and it has now emerged that even soldiers, majority of whom have built an unwanted reputation for always criticising the army hierarchy, have tremendous respect for Ali’s professionalism.

For all of the army’s hardline public relations tactic, discontent is high among soldiers and officers DIRECTLY involved in the ‘Operation Lafiya Dole’ (peace by force) in Borno state. But as Ali’s example shows, good work and truth require no trumpet; they always find their way to the public.

During TheCable’s recent investigative trip to the theatre of war, the first mention of Ali came at a time a sergeant was complaining about the crude equipment and archaic manner with which the army was prosecuting the war.

“Yes, the problem is that the Nigerian army still has this archaic idea of fighting, relying more in the numerical strength of its troops rather than on equipment,” he had said.

“There is nowhere in the world, a civilised or modernised army, where they want to lose soldiers in large numbers again, and that is where you need these equipment.

“If you have good equipment, it will reduce the number of casualities on your side but if the weapons are not there and you want to use the number of your soldiers, then definitely you are going to suffer casualties.”

He then cited the example of the recapture of Baga, but he was quick to recognise Ali’s “brilliance” in its success — even though the original intention was not to praise the officer.

“In the case Baga, when it was recaptured from Boko Haram, the officer who led that operation, Abu Ali, a major at the time, told the soldiers that they should not worry, that they should only do five percent of the job, that he was going to do 95% of the job with the tanks.

“And that was exactly what happened. He did most of the work with the tanks. He was a major at that time and his promotion after the operation was automatic because he performed very well. One smallish guy like that o.

“After they recaptured Baga, the soldiers were so happy that they raised him up, telling the president to elevate him to the status of colonel, not even lieutenant-colonel, because he really performed; he tried. Even recent operations in Sambisa Forest, he led some of them.” 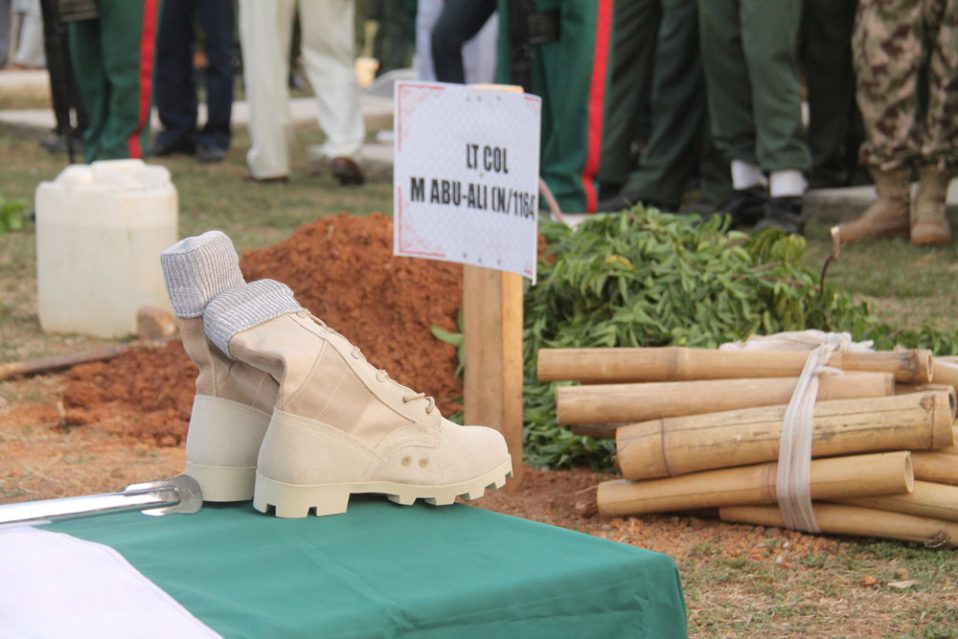 Ali’s elevation was not just the decision of the chief of army staff or the rest of the army hierarchy; the soldiers fully supported it. According to a soldier who witnessed his “leadership qualities” in Baga, and two others who were with him in Sambisa, soldiers were generally “very happy for him”.

“He led us with the T-72 when we advanced to Monguno and Baga, and he collected those places,” he said.

According to Wikipedia, the T-72 is a Soviet second-generation main battle tank that entered production in 1971. About 20,000 T-72 tanks were built, making it one of the most widely produced post-World War II tanks, second only to the T-54/55 family.

There have been at least three upgrades to the tank, the most popular being in 1988 and 1995, although they are unavailable in Nigeria.

A second soldier who extolled Ali’s virtues said: “After he collected those places [Baga and Monguno] in 2015, they brought someone else to replace him and they took him to Sambisa area; we went with him to Sambisa.

“He is a brilliant fighter. When he began hanging his promotion emblem officially on September 9, we were together on that day and we were all very happy for him.”

A third soldier, who had spent time with him in Sambisa, went as far as touting him as a potential helmsman of the army: “The man is very active; very active. And he is a very calm and intelligent person. He doesn’t brag, he knows his job and he is very simple.

“He is a future chief of army staff, if I may say, but he has to be wary of the corruption that is the shortcoming of many good hands in the army.”

It is interesting to know that Muhammed Abu Ali is the son of Colonel Abu Ali, who was governor of Bauchi state from August 1990 to January 1992 during the military regime of Ibrahim Babangida.

At this rate, no one would want to bet against the younger Ali surpassing his father’s achievements. He is already a lieutenant-colonel and should he continue his anti-Boko Haram heriocs, it won’t be long before he earns another elevation to the status of colonel, which his father was before retiring.

Chat us on WhatsApp
Advertisement
Previous articleIn new video, Chibok girls say they will never return home — ‘by the grace of Allah’
Next article30 arrested as ban on cart pushing takes effect in Lagos