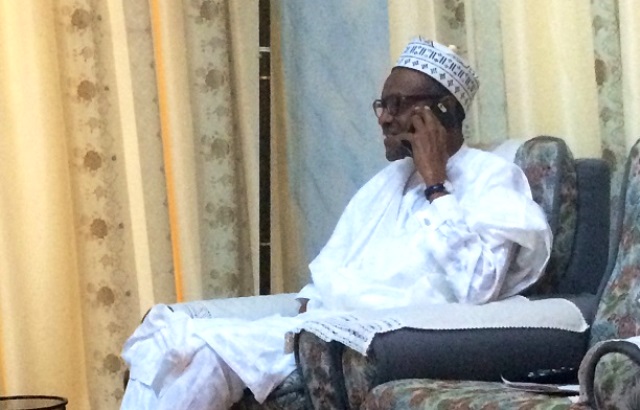 President of the United States of America, Donald Trump, has invited President Muhammadu Buhari to the white house at a date that would be convenient to the two leaders.

Trump extended the invitation on Monday during a phone conversation with Buhari who is currently in the United Kingdom attending to his health.

This is the first conversation between the two leaders since Trump’s inauguration as the 45th President of the United States.

Spokesman to the President, Femi Adesina explained in a statement on Monday that President Buhari congratulated his American counterpart on his election while both discussed on “ways to improve cooperation in the fight against terrorism through provision of necessary equipment.”

“President Trump encouraged President Buhari to keep up the good work he is doing , and also commended him for the efforts made in rescuing 24 of the Chibok girls and the strides being taken by the Nigerian Military,” Adesina stated.

It is no surprise that Trump is impressed with Buhari’s anti-terrorism war as the US President, starting from his campaign days to the day of his inauguration, has insisted that combating radical Islamic extremism would be one of his major pursuits.

But analyst all over the world criticize the way he is going about it especially with his recent executive order banning Syrian refugees from entering the US, as well as issuing a 3-month ban on citizens from some Muslim-majority countries, including two African Nations Libya and Somalia.

The ban has however been suspended by a US court and Trump’s attempt to overturn the suspension at the appeal courts also failed.