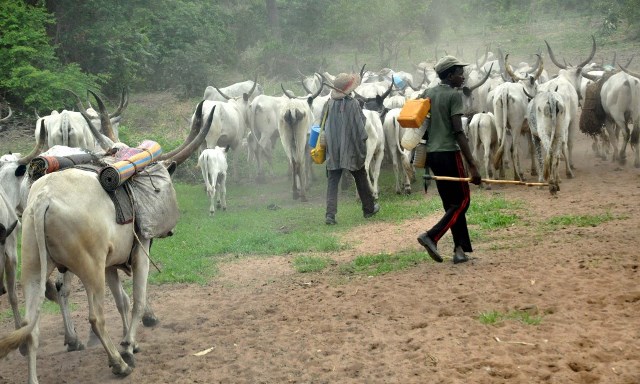 It was gathered that the herdsmen were shot while pasturing their cattle in Anguwan Yashi village in Jema’a Local Government Area.

Abdullahi however called on the Fulani community in the area“not to take the laws into their hands and allow the security agencies do their job”, urging them to “please give peace a chance.”

Also, the Kaduna State Police Pulic Relations Officer in the state, Aliyu Othman, confirmed the incident, adding that nine persons have already been arrested in connection with the killing.

Several lives have been lost in the last few months in clashes between herdsmen and farmers in Southern Kaduna.

The Christian Association of Nigeria, CAN, claims that over 800 people, mostly Christians, had died in the crisis, but government records say just about 200 had died.

A curfew declared in the area following latest crisis is yet to be lifted, while the federal government has also agreed to establish two army bases in the area to maintain peace.