UAE, Madagascar, other countries with possible breakthrough treatment for COVID-19 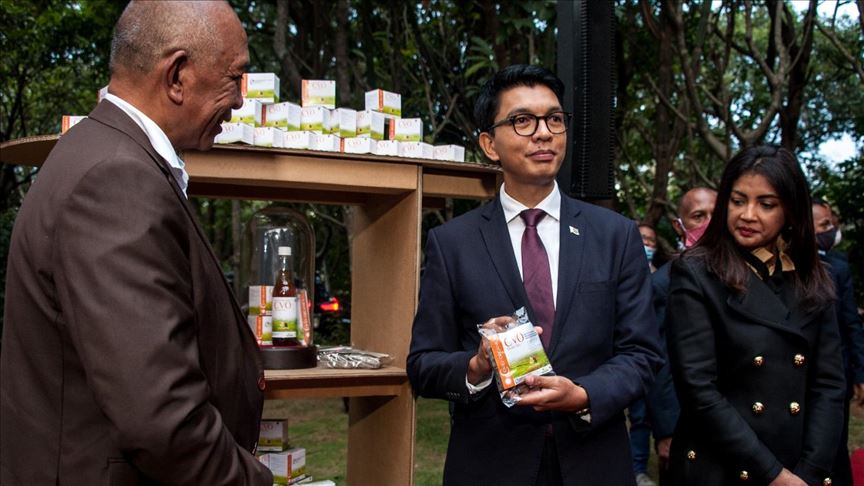 A UNITED Arab Emirates (UAE) research institute has developed a breakthrough treatment for COVID-19 which could be a game-changer in the global fight against the virus.

In the race against time to find a cure for COVID-19, several countries have tried different approaches in treating the virus.

The ICIR in this report compiles some countries that have begun a human trial of the COVID-19 vaccine and other possible breakthrough treatments of the virus.

As confirmed on Friday May 1 by Hend Al Otaiba, UAE Director of Strategic Communications, Ministry of Foreign Affairs,  the Abu Dhabi Stem Cells Center (ADSCC), developed an innovative method which involves extracting stem cells from a patient’s blood and reintroducing them into the lungs via inhalation of a mist, regenerating lung cells and preventing the immune system from overreacting. ·

The treatment already has successfully undergone an initial phase of clinical trials – with 73 patients making full recoveries without any adverse side effects. The recipients were moderately or severely ill before treatment, with many incubated in an ICU.

According to a report by Theafricareport, the launch of Covid-Organics (CVO) in Madagascar has raised many questions.

For Marcel Razanamparany, president of the Academy of Medicine, this initiative highlights the work of  Research institute in Antananarivo, Madagascar (IMRA) researchers, who conducted the clinical study and whose founder, Albert Rakoto Ratsimamanga, has always advocated the connection between modern and traditional medicine.

In the race against time to find a cure for COVID-19, Madagascar began very early on a dual therapy protocol based on chloroquine and the antibiotic azithromycin, in association with treatments derived from traditional knowledge that emphasises the use of medicinal plants.

With Madagascar’s rich biodiversity and the central role of its traditional practitioners, the decision was made to promote traditional medicine.

Rajoelina on his Twitter handle asked people to believe in the country’s abiliy, and informing them that all profits accrued through the sale of the concoction will be diverted to the Malagasy Institute of Applied Research (MIAR).

He partnered with Madagascar’s Government and since then, 92 of Madagascar’s 128 Coronavirus patients have recovered, leaving 36 active cases. None of them have died.

A German company working with US pharmaceutical giant Pfizer has begun human trials of a potential COVID-19 vaccine that could supply millions by the end of the year.

According to a CNN report, Pfizer says it will begin testing the experimental vaccine in the United States as early as next week, and says a vaccine could be ready for emergency use in the fall, the Wall Street Journal reported on Tuesday.

The German Federal Institute for Vaccines and Biomedical Drugs approved the trial — the country’s first clinical trial for a vaccine against COVID 19 —on April 22.

“The companies estimate that there is potential to supply millions of vaccine doses by the end of 2020, subject to technical success of the development program and approval by regulatory authorities, and the potential to rapidly scale up the capacity to produce hundreds of millions of doses in 2021.”

Last week, University of Oxford researchers began the testing of a COVID-19 vaccine in human volunteers in Oxford.

Around 1,110 people will take part in the trial, half receiving the vaccine and the other half (the control group) receiving a widely available meningitis vaccine, according to OX news

Of the first two volunteers to take part, one will likewise receive the vaccine and the other the control.

The researchers started screening healthy volunteers (aged 18-55) in March for their upcoming ChAdOx1 nCoV-19 vaccine trial in the Thames Valley Region. The vaccine is based on an adenovirus vaccine vector and the SARS-CoV-2 spike protein, and has been produced in Oxford.

How it works, according to OX News

The main focus of the study is to find out if this vaccine is going to work against COVID-19, if it won’t cause unacceptable side effects and if it induces good immune responses. The dose used in this trial was chosen based on previous experiences with other ChAdOx1 based vaccines.

Study participants will not know whether they have received the ChAdOx1 nCoV-19 vaccine until the end of the trial.

The first few days of vaccinations will be planned as follows:

Meanwhile, the World Health Organisation (WHO), is yet to approve any medications and has warned against self-medicating.

A spokesperson for WHO Philippines told AFP in an email on April 29, that the organisation does not recommend self-medication with any medicines, including antibiotics, as a prevention or cure for COVID-19

“While some home remedies may provide comfort and alleviate symptoms of COVID-19, there is no evidence that current medicine can prevent or cure the disease,” he said.

The maker of Benson & Hedges and Lucky Strike cigarettes claims it has developed a coronavirus vaccine made from tobacco plants.

According to Dailymail report last month, British American Tobacco (BAT) said it can manufacture up to three million doses a week starting in June if it gets support from the UK Government.

Although the unproven vaccine is currently being tested on animals. It hopes to hopes to partner with the government agencies to bring the vaccine to clinical studies this month.

The firm added that it would sell the tests to the Government ‘at cost’, meaning without making any profit.

Tobacco firms are currently barred from doing deals with governments under World Health Organisation rules, but BAT said it planned to contact the WHO.

The vaccine is being developed by BAT’s subsidiary firm Kentucky BioProcessing (KBP) in the US, using tobacco plant technology.

KBP has previous experience of fighting outbreaks. It helped develop an effective drug for Ebola in 2014, called ZMapp.

US FDA approval of ”remdesivir” drug for coronavirus

Remdesivir is the first drug shown to help fight COVID-19 that has killed more than 230,000 people worldwide, according to Aljazeera.

US President Donald Trump had on Friday announced the news at the White House alongside Food and Drug Administration (FDA) Commissioner Stephen Hahn, who said the drug would be available for patients hospitalised with COVID-19.

The FDA acted after preliminary results from a government-sponsored study showed that Gilead Sciences’ remdesivir shortened the time to recovery by 31 percent, or about four days on average, for hospitalised COVID-19 patients.

The study of 1,063 patients is the largest and strictest test of the drug, and included a comparison group that received just usual care so remdesivir’s effects could be rigorously evaluated.

Those given the drug were able to leave the hospital in 11 days on average versus 15 days for the comparison group. The drug also might be reducing deaths, although that is not certain from the partial results revealed so far.

The US National Institutes of Health, Dr Anthony Fauci said the drug would become a new standard of care for severely ill COVID-19 patients like those in this study. The drug has not been tested on people with milder illness, and currently is given through an IV in a hospital.

It will be recalled that the drug failed in its first randomized clinical trial in Japan last month.

A Chinese research firm attached to the military has become the first organisation to enter the second clinical-trial stage in the global race to develop a vaccine for the coronavirus infection, which has claimed nearly 250,000 lives across the world so far.

During this period, China has approved three COVID-19 vaccine submissions for clinical trials, state-run Xinhua news agency quoted a Ministry of Science and Technology official as saying on Tuesday.

In a report by Economictimes, an adenovirus vector vaccine, developed by a research team led by Major General Chen Wei of the Institute of Military Medicine under the Academy of Military Sciences of the People’s Liberation Army, was the first to be approved to enter clinical trial.

The first phase of the clinical trial was completed at the end of March, and the second phase started on April 12.

It is the first COVID-19 vaccine in the world that has entered the second phase of clinical trial, the Xinhua report quoting the World Health Organisation as saying.

On Sunday, the vaccine developed by the Institute of Biotechnology, Academy of Military Medical Sciences of China, entered Phase II of a human clinical trial with 500 volunteer participants.

Presidential Task Force Committee reveals cause of mass deaths in Kano, says it is coronavirus

Naira Marley under arrest for flouting movement restrictions in Abuja