UNCERTAINTY and doubts have been trailing the unveiling of the new Nigerian National Petroleum Company Limited (NNPC Ltd).

The old government-owned Nigerian National Petroleum Corporation has metamorphosed into the new NNPC Ltd., in line with the provisions of the Petroleum Industry Act 2021, with private investors being allowed to own shares in the new limited liability company.

President Muhammadu Buhari, who spoke at the unveiling ceremony on July 19, 2022, at the State House in Abuja, described the transformation as a development that would give the NNPC Ltd a footing to operate in a competitive manner in line with its peers globally.

Buhari said the change was expected to signal a new era of transparency, accountability and energy security for the country.

He said, “The provisions of the PIA will make the NNPC conduct its business with transparency and commercial viability. On July 1, I authorized the transfer of assets from the Nigerian National Petroleum Corporation to the NNPC Ltd, leading to the unveiling of Africa’s largest oil company today.

“NNPC Ltd will operate as a commercial, independent and viable national oil company at par with its peers globally with its 200 million shareholders, while adhering to the principle of integrity and transparency.

“It is mandated by law to ensure energy security as it delivers energy to the world.”

Some oil and financial experts, however, seem not convinced by Buhari’s optimism that the commercialisation would bring in the expected gains.

Over the years, the old NNPC had been poorly managed, and fraught with crude oil thefts. Also, running it had merely been gulping huge funds, with no returns.

For instance, the NNPC chose to pump an equivalent of 4.5 per cent of Nigeria’s 2021 budget into the refurbishment of the Port Harcourt Refinery Company that comprehensively lost N152.89 billion between 2017 and 2019.

In 2019, for example, the refinery did not record any revenue. Yet, it reported N25.19 billion in expenses. Six directors collected N59.65 million in fees during the year, meaning that each of them received an average payment of N9.94 million a month in 2019 from a company that recorded no revenue.

To further buttress the level of financial recklessness at the Port Harcourt refinery, the total number of staff in 2019 was 675. Their salaries, wages, allowances, redundancy and pension costs amounted to N22.195 billion. What that means is that, on the average, each staff member received N32.88 million in 2019 from a company that made no revenue. This amounted, on the average, to N2.74 million each month.

In the case of the Warri Refining and Petrochemical Company Limited, checks by The ICIR revealed that the firm generated a revenue of N4.429 billion in three years, but incurred expenses of N144.140 billion within the same period.

The NNPC had been borrowing to fund activities at the Warri refinery, even when its operations did not show any capacity to pay back.

In 2018, liabilities were estimated at N383 billion, while the company had assets of N19.36 billion.

The story of the Kaduna refinery is as equally laughable.

Based on the financial statements released by the NNPC, the Kaduna refinery made a revenue of N2.278 billion between 2017 and 2019, but incurred a loss of N241.527 billion.

In 2018, Kaduna refinery made no profit, but it did not stop the management of the company, led by Ladenegan Adewale Solomon (CEO in 2018) and Tsavnande Thaddeaus Atighir (Executive Director in charge of operations) from spending N317.50 billion on transport and travels.

In 2019, the refinery was managed by Ezekiel Osarolube (CEO). Usman Umar was the executive director in charge of operations.

Based on the antecedents of the former NNPC, industry experts are anxious about what the new NNPC holds for the country and the shareholders

The Chief Investment Officer at Afrinvest, Robert Omotunde, lauded the establishment of the company, saying it is a positive step forward.

Omotunde, however, pointed out that government was still substantially owning the new NNPC and expressed his fear about government bureaucracy and inefficiencies holding the company back.

He said, “Government is still owning the company, though it will run as a viable business from a commercial point of view. When you have profit-making as your target for running your business, you will not be weighed down by some of the inefficiencies in government.

Speaking on a television programme, the Dangote Group Executive Director on Government and Strategic Relations, Mansur Ahmed, asked the management of the new firm to jettison the moribund refineries.

Ahmed said in the alternative of the  managers retaining the refineries, they must thoroughly examine themselves whether they have the right structure and competence to not only run them, but to make them profitable.

He said, “NNPC cannot carry the burden of keeping refineries that are not working. It should identify which of the portfolio will need support. It is not about shedding its assets; we have to see if we have the right structure to manage NNPC Limited.

“Do we have the competence to manage this company? We must look consciously, and we hope that NNPC has the courage and commitment to take the decision that would generate sustainability.”

Ahmed hoped the process would not be reversed, as was done when former president, Olusegun Obasanjo, privatized the refineries during his administration. He tasked the government to develop the NNPC in the long-term so it can generate wealth and opportunities for expansion across the entire country.

A petroleum engineer and oil and gas analyst, Mr Bala Zakka, explained that failure for the nation to move from importation to the exportation of petroleum products would only lead this new firm to failure.

Zakka said, “Would Nigeria refineries work or be as functional as the refineries in Indonesia, Libya, Iraq or Iran or China? So far, the Nigerian refineries have been docile. Our expectation is that this new company would lead Nigeria to start having functional refineries, and instead of being importers, it should be exporting refined petroleum products to other parts of the world and sub-region of Africa. If this is not achieved, the entire celebration would be a failure.”

He mentioned the need for Nigeria to restore production, reach the Organisation of Petroleum Exporting Companies (OPEC) quota and bring back international oil firms that had left Nigeria because of the harsh operating climate.

He added, “They need to ensure that the PIA is revisited. The biggest mistake made in that PIA was the insistence that the downstream sector of the oil and gas be deregulated. We condemned it and we were against it. Deregulation for an emerging economy like Nigeria is satanic, and that is why aviation is having the same problems now. The country is too weak and poor. It is a big shame that operating conditions have become so bad that airlines are getting grounded, and that is the consequence of deregulation.”

The oil and gas expert said the removal of subsidy in diesel, kerosene and even gas had led to collapse across the banking, manufacturing, aviation, and even media industries.

Zakka said the harsh operating climate affected aviation fuel, and, consequently, Aero Contractors and Dana Air, which had suspended operations, and feared that things would get out of hand if petrol was deregulated. 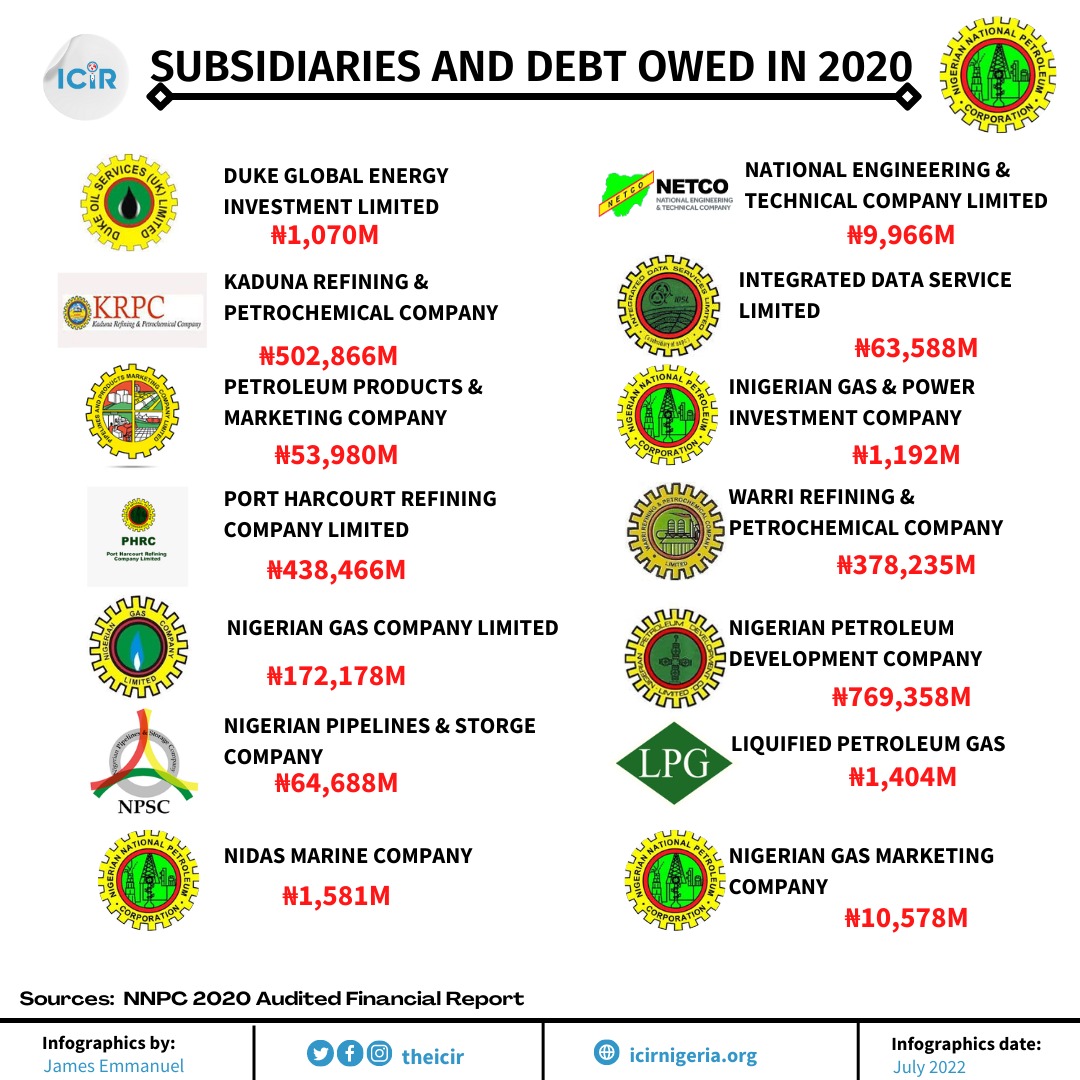 A professor of Energy Economics at the University of Ibadan, Adeola Adenikinju, told The ICIR that the new NNPC company would be able to comply with the PIA.

Adenikinju said, “We hope the new NNPC would be able to comply with the PIA. That would help the efficiency of the new company and also allow Nigerians to benefit from the new company structure.

“What affected the old NNPC was government interference and ethical considerations in the operations and appointments and performance of the organisation. What I hope the new NNPC Limited would do is remove government control, which has made the government to see NNPC as a cash cow.

“Hopefully if the government were to follow the guidelines of the PIA, they would be able to market the NNPC and operate as they should, and it would help Nigerians to benefit from the commercialization.” 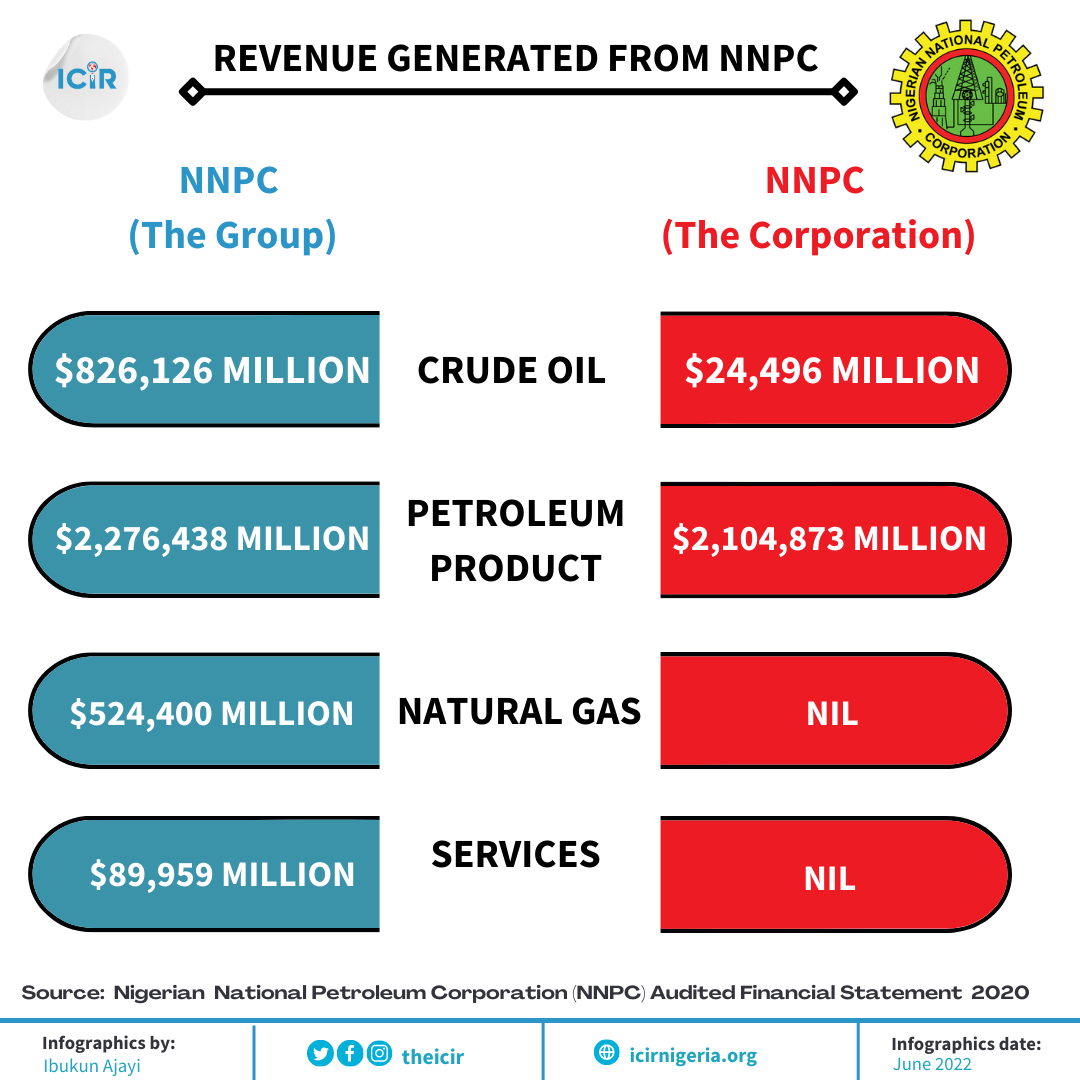 Nonetheless, Adenikinju worried that the 100 per cent ownership by the government is where worry comes in.

Fiscal Policy Partner and Africa Tax Leader at PwC, Taiwo Oyedele, cleared some misgivings about the creation of the new NNPC Ltd in a LinkedIn post.

Oyedele said, “The old NNPC did not transform into NNPC Ltd. Rather, there is still NNPC, while a new entity NNPC Ltd has been created under the Companies and Allied Matters Act (CAMA). As at today, both entities exist side by side.

“NNPC Ltd has not been privatised, it is owned 100% by government. To be privatised means the ownership and control will be transferred to the private sector either as a listed or privately owned company.

“NNPC Ltd will not become commercialised just by reason of incorporation under CAMA. Commercialisation is about how an entity operates to make profits, which can be achieved even as a corporation and may be elusive even as a CAMA entity.”