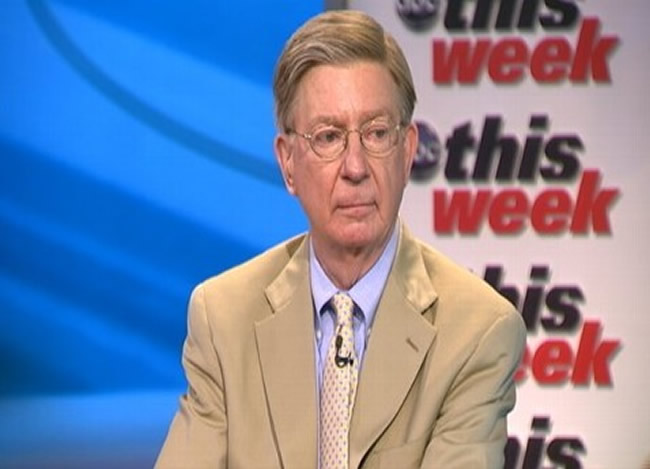 News veteran and political analyst, George Will is to leave ABC News for the FOX News Channel after putting in more than three decades.

Will has been best known as a voice on ABC’s Sunday morning political discussion show, “This Week”, going back to its origin in 1981 and has also been a regular commentator on the station’s political and election coverage.

ABC spokesman, Jeffrey Schneidertold, said it all came down to location. This Week tapes in New York City, and George is based in Washington, D.C.

“The travel just became an issue for George, but we honour his contributions to ABC News and we think the world of him,” Jeffrey said.

He also went on to say that ABC does not plan on replacing George because he is simply irreplaceable -“George is a singular voice,” he said.

In its announcement, Fox News said Will would be added to the commentary panels on many of the network’s regular programs like the daily “Special Report With Bret Baier” and “Fox News Sunday,” its own political discussion show on Sunday mornings.

The 72-year-old Pulitzer Prize-winning author has been covering politics since the 1970s. His career began as an editor for the National Review from 1972 to 1978.

From there Will went on to The Washington Post, then Newsweek. George has been with ABC since the 1980s, where he was the founder of This Week with David Brinkley in 1981.