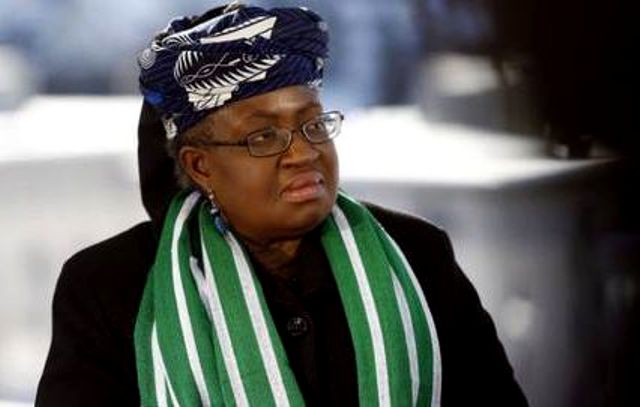 THE Nigeria government has said it will continue to work with relevant stakeholders in the World Trade Organization to realize Nigeria’s dream of leading the international trade body.

Ferdinand Nwonye, Nigeria Foreign Affairs ministry’s spokesperson, in a statement on Thursday, said  Ngozi Okonjo-Iweala, Nigeria’s candidate in the race for the Director-General of the World Trade Organisation (WTO), has secured cross-regional backing with only the United States opposing the consensus.

“The ministry of foreign affairs wishes to inform that the third and final round of the selection process of the director-general of the World Trade Organization (WTO) was concluded On Tuesday, 27th October 2020 and the result was formally announced on Wednesday, 28th October 2020,” the statement read.

“The candidate from Nigeria, Dr Ngozi Okonjo-Iweala has secured the support of the majority of the member countries but is yet to be declared and returned the winner.

“This is because apart from winning the election, all 164 member states of WTO were expected to adopt the winner by consensus; in accordance with the rule of procedure of the WTO.

“It is important to highlight that Dr Okonjo-lweala has secured cross-regional backing with only the United States opposing the consensus.

“Nigeria will continue to engage relevant stakeholders to ensure that the lofty aspiration of her candidate to lead the World Trade Organisation is realised,” it said.

The ICIR had reported yesterday, how the United States said it is supporting Okonjo-Iweala’s rival candidate, Yoo Myung-hee, Korean Trade Minister as the next WTO Director-General because she is “a bona fide trade expert who has distinguished herself during a 25-year career as a successful trade negotiator and trade policymaker.”

The US also stated that Yoo Myung-hee has all the skills necessary to be an effective leader of the organization.

While stating that the WTO is facing a very difficult time because of the challenges confronting it, the US said it needs to be led by someone with trade experience to drive the reforms it needs.

“This is a very difficult time for the WTO and international trade.  There have been no multilateral tariff negotiations in 25 years, the dispute settlement system has gotten out of control, and too few members fulfill basic transparency obligations.  The WTO is badly in need of major reform.  It must be led by someone with real, hands-on experience in the field,” the statement said.

Meanwhile, Okonjo-Iweala, despite the opposition from the US, has remained positive.

In a tweet yesterday, she expressed joy for the progress her WTO bid has made as she moves to the next step on October 9 .

“Happy for the success & continued progress of our @wto DG bid. Very humbled to be declared the candidate with the largest, broadest support among members & most likely to attract consensus. We move on to the next step on Nov 9, despite hiccups. We’re keeping the positivity going!” She said.

Happy for the success & continued progress of our @wto DG bid. Very humbled to be declared the candidate with the largest, broadest support among members & most likely to attract consensus. We move on to the next step on Nov 9, despite hiccups. We're keeping the positivity going!