Why Senate should not confirm Lauretta Onochie as INEC commissioner – CSOs

Facebook
Twitter
Pinterest
WhatsApp
SOME Civil Society Organisations (CSOs) have petitioned the Nigerian Senate to demand that President Muhammadu Buhari’s aide Lauretta Onochie should not be confirmed as a commissioner of the Independent National Electoral Commission (INEC).

The petition was addressed to Senate President Ahmad Lawan and dated 16th 2021. It was signed by Yiaga Africa, Premium Times Centre for Investigative Journalism (PTCIJ), Centre for Democracy and Development (CDD) and CLEEN Foundation.

The groups’ petition was received by the Office of the Senate President on June 18.

The CSOs, in the petition, said Onochie’s nomination contravened the Third Schedule, Part 1, Item F, paragraph 14 (1) of the Nigerian constitution, which stated that an INEC national commissioner shall be non-partisan and a person of unquestionable integrity.

The organisations said Onochie was not only a card-carrying member of the ruling All Progressive Congress (APC) and a special assistant to the president on social media, but she was also notorious for her partisan, biased and in some instances, inflammatory comments on national issues targeted at perceived or imagined enemies of the Buhari government.

The ICIR had reported that on many occasions, Onochie publicly declared her support for APC on social media, especially during election periods.

The CSOs said given Onochie’s antecedents, it was “highly unlikely that she will remain neutral and objective if successfully screened as one of INEC’s National Commissioners.”

“We contend that her appointment will greatly undermine the neutrality and impartiality of the Independent National Electoral Commission and it will increase mistrust in the INEC and Nigeria’s electoral process,” the CSOs added in the petition.

They further observed that by the provisions of Section 156 (1)(a) and Third Schedule, Part 1, Item F, paragraph 14 (1), Onochie was constitutionally prohibited from any appointment as a member of the electoral umpire.

The CSOs stressed that it was ‘against the sacred spirit’ of the Nigerian Constitution to accept her nomination.

Furthermore, the groups argued that Onochie is a British Citizen and has been involved in active politics in the United Kingdom. 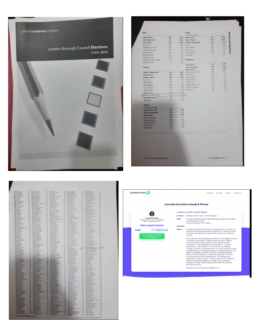 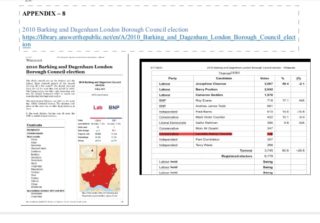 “Therefore, her dual loyalty will undermine national interest and it could potentially threaten the independence of INEC,” the CSOs said while insisting that the presidential aide should not be confirmed for the position.