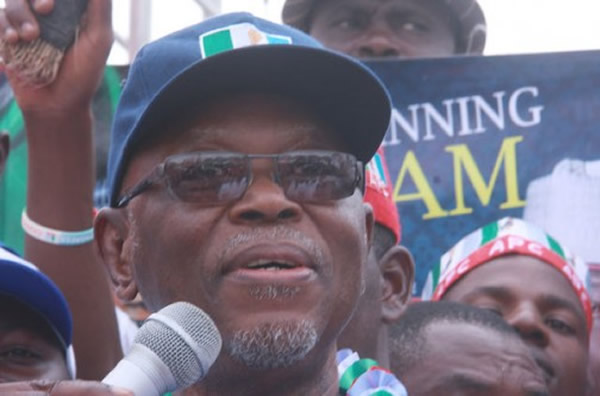 The All Progressives Congress, APC, in Edo State has rose stoutly in the defence of the national chairman of the party, John Odigie-Oyegun, who has been accused of collecting bribes by some aggrieved APC governors.

According to the reports in some national dailies, eight of the APC governors, including the Edo State governor, Adams Oshiomhole, had allegedly held a meeting with Oyegun where he was accused of collecting gifts from Bukola Saraki before the election which saw him emerge

The governors expressed displeasure with the APC leader for pretending to be in support of the party’s candidate for the seat, Ahmed Lawan, who eventually lost out in the power tussle.

The national publicity secretary of the party, Lai Mohammed, has earlier refuted the claims by the governors.

the allegations, it found out that there was no truth in the claims.

“That publication is a figment of the imagination of the author

He said that the emergence

of Saraki as Senate President was not expected even at the state level hence the controversy.

“Everybody is also aware that President‎ Mohammadu Buhari told everyone to calm down and ensure that the matter was not allowed to break the party. So, at what level will bribery come in?” Erhahon asked.

at the National Assembly to ensure that the selection

of the principal officers does not create more friction

to support Buhari in his quest to bring sanity into the party and polity.