13 states to APC, nine to PDP — results of governorship election so far 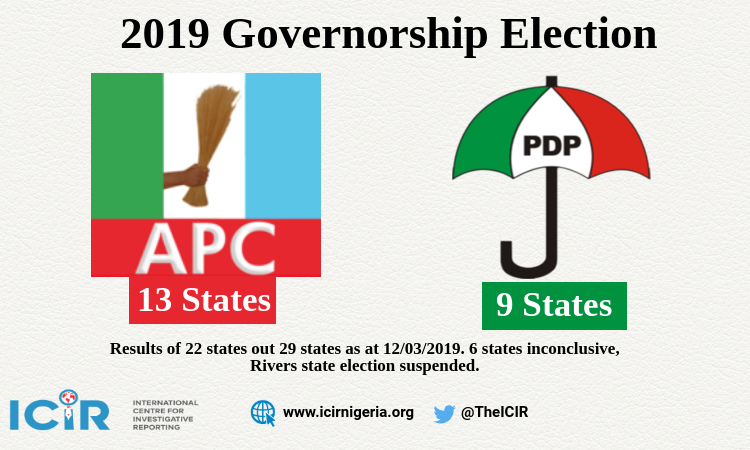 The announcement of results of the 2019 governorship election held in 29 states of the federation on Saturday, March 9, is still in progress.

While election results in six states, namely, Adamawa, Bauchi, Benue, Kano, Plateau, and Sokoto have been declared inconclusive for various electoral imbalances and violence, 22 states now know their new Governors-elect. The election in Rivers state was suspended over widespread violence by INEC as at the time of writing this report. 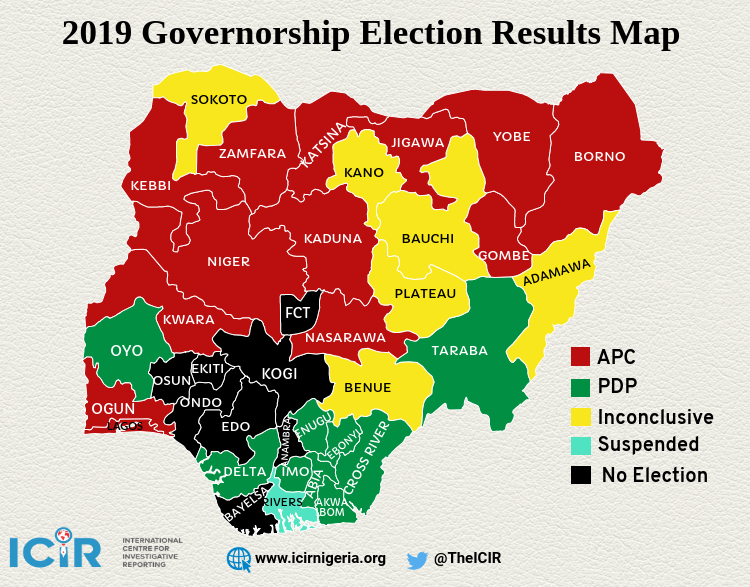 Of the 22 states where winners have been announced, 12 were re-elected. They are Okezie Ikpeazu of Abia State, Emmanuel Udom of Akwa Ibom State, Ben Ayade of Cross River State, Partick Okowa of Delta State, Dave Umahi of Ebonyi State, and Ifeanyi Ugwanyi of Enugu State

Out of the 22 new Governors-elect, the All Progressives Congress (APC ) clinched 13 states, while the People Democratic Party (PDP) won nine states.