JEAN Adukwei Mensah, Chairperson of the Ghana Electoral Commission on Wednesday evening declared the incumbent President Nana Akufo-Addo of the New Patriotic Party (NPP) as president-elect of the 2020 presidential election.

Mensah said the ruling party won John Mahama, candidate of the major opposition with 515,524 votes difference from a total valid votes of 13,434,574. 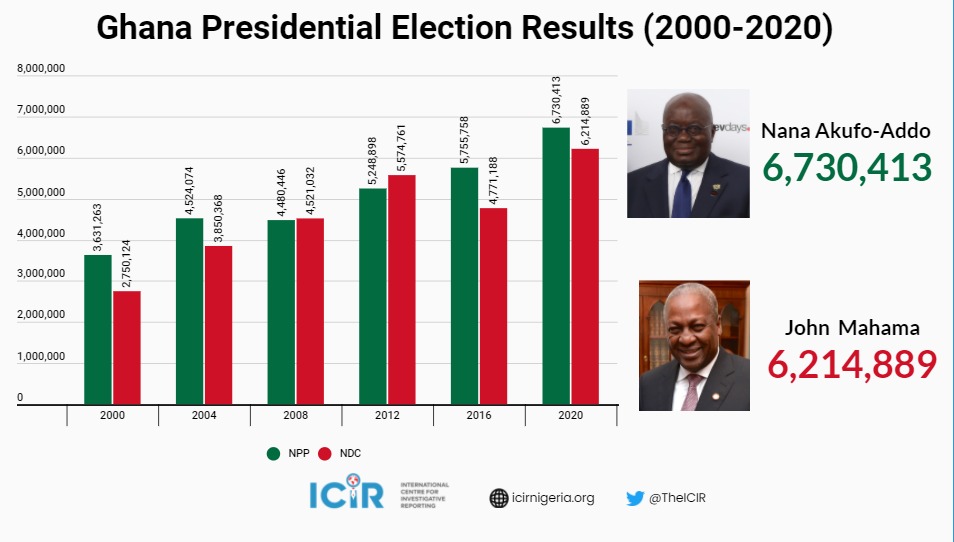 While Akufo-Addo of the NPP polled 13, 434,574 votes from the total valid votes cast, Mahama who contested under platform of the National Democratic Party (NDC) obtained 6,214,889 votes.

Mahama was a former Ghanaian president whom many Ghanaians believed to have performed during his tenure, especially in the area of physical infrastructure provided across the country.

The election was conducted in 38,622 polling stations from across 275 constituencies in the 16 regions in the country. 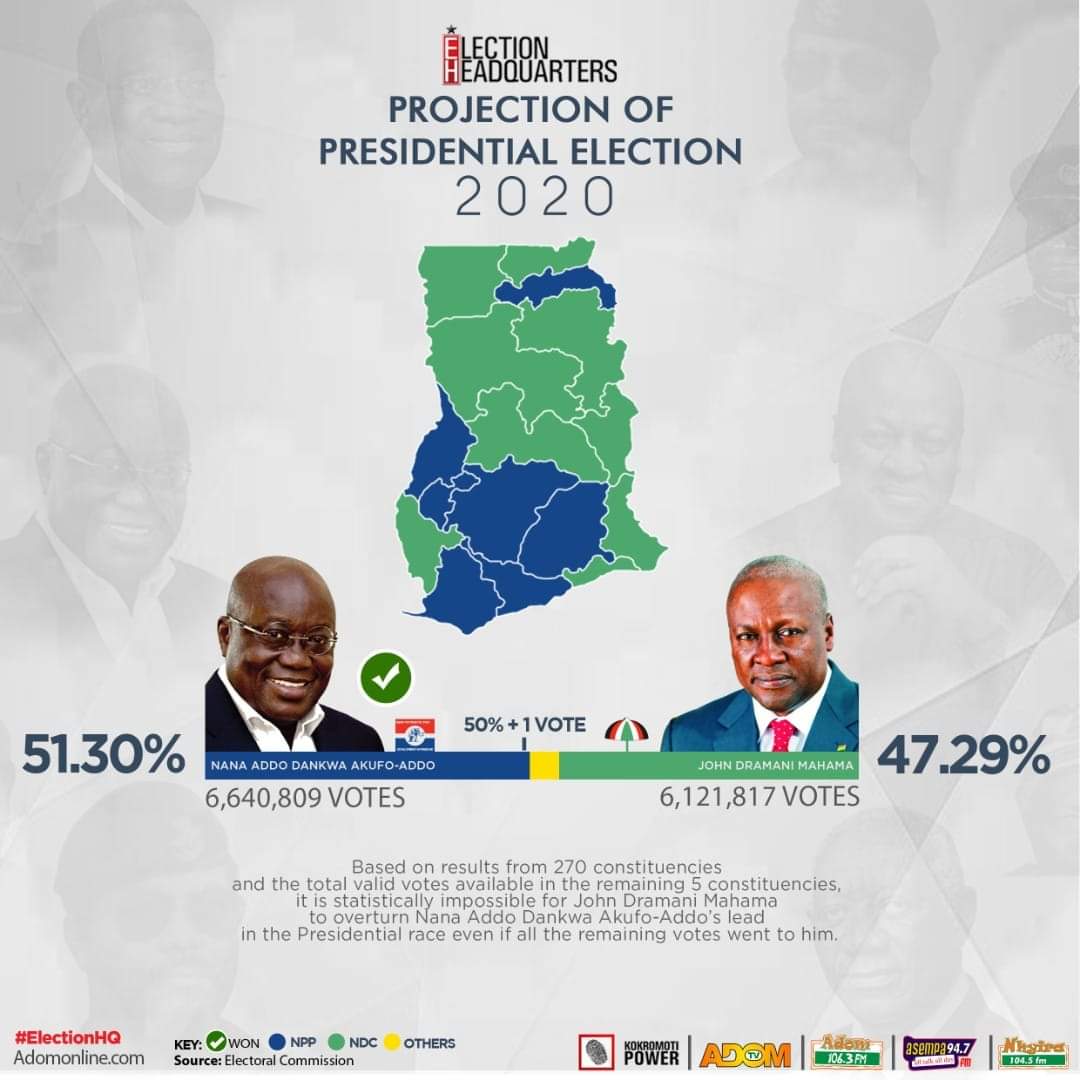 She said the  result excludes Techiman South Constituency which has a total voters population of 128, 018.

Mensah who was the Electoral Returning Officer for the poll said the decision to announce Akufo-Addo as winner without considering election results from Techiman South constituency was due to contentions of the result in the constituent.

She said collation was yet to be completed as well.

According to her, the 128,018 total population was insignificant if collated and added to the existing results of both candidates.

Her words: “It is important to note, however, that the difference between the total number of votes between the first and second candidates is 515, 524 votes. As a result, if we are to add the 128,018 full results to the result of the second candidate, it will not change outcome of the election.

“It is on that basis that we say the outcome of the election will not change, hence, our declaration of our 2020 presidential election result without Techima south.”

“On the basis of the foregoing, by the power vested in me, I declare Nana Akufo-Addo President-Elect of the Republic of Ghana,” she declared.
The ICIR had earlier reported an early win for the incumbent president follwing his major lead across most of the regions in the country.

Not True, Bill Gates did not suggest depopulation of Africa…