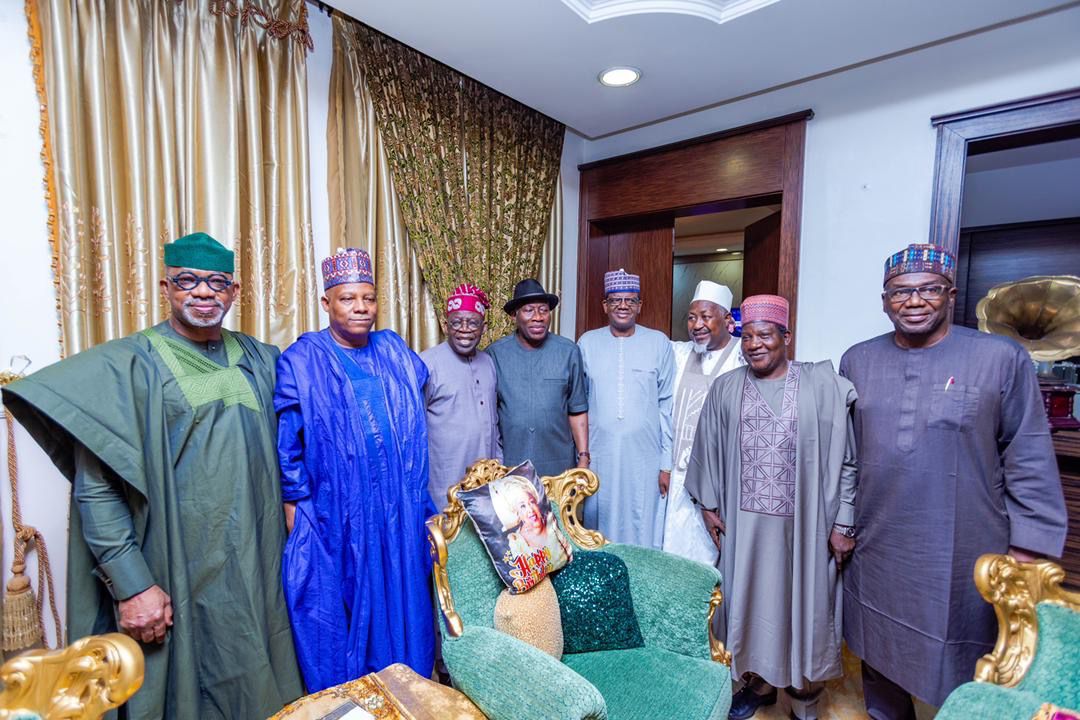 PRESIDENTIAL candidate of the All Progressives Congress (APC) Bola Tinubu has consulted former President Goodluck Jonathan ahead of the 2023 general elections.

Tinubu visited Jonathan at his residence in Abuja on Tuesday.

Details of the meeting are sketchy as at the time of filing this report but sources within the APC disclosed that the parley was in line with consultations with major stakeholders ahead of the presidential poll.

Tinubu’s meeting with Jonathan is coming days after he paid a similar visit to former President Olusegun Obasanjo in Abeokuta.

The APC presidential candidate also met Rivers State governor Nyesom Wike in London as part of consultations ahead of the 2023 general elections.

Wike, a key figure in the Peoples Democratic Party (PDP), is having a running battle with the party’s presidential flagbearer Atiku Abubakar and it is believed that Tinubu wants to capitalise on the crisis in the opposition party in his quest to become Nigeria’s next President.