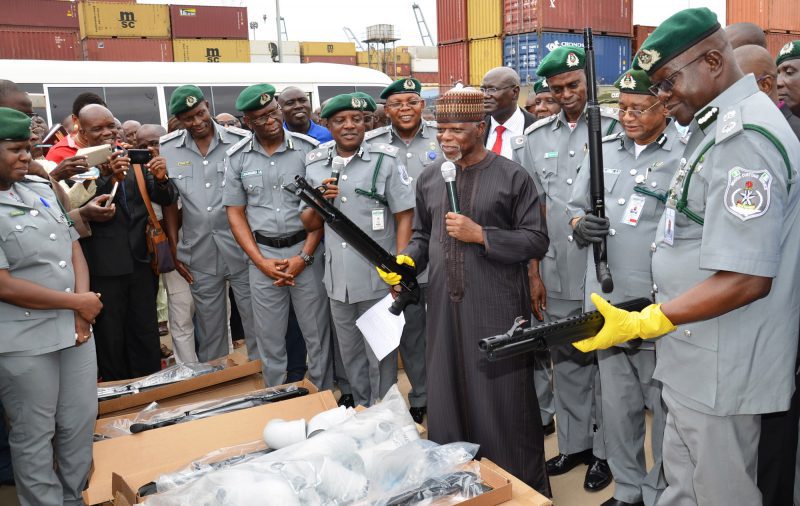 Two of the five suspects currently on trial for alleged illegal importation of firearms into the country have pleaded guilty to the offence but have opted for plea-bargain.

The five suspects undergoing trial are Mahmud Hassan, Oscar Okafor, Donatus Achinulo Salihu Danjuma, and Matthew Okoye, who is said to still be at large.

All of them pleaded not guilty when they were first arraigned before Justice Ayokunle Faji of the federal high court, Lagos, on an eight-count charge on June 14, but they were all refused bail due to the gravity of the offence they were accused of; and the case was adjourned to September 25.

However, when the trial resumed on Monday, two of the accused persons, Okafor and Achinulo, made an oral application through their counsels Rotimi Jacobs and Paul Ananaba, respectively, to change their pleas from ‘not guilty’ to ‘guilty’.

In his ruling on the new application, Faji, the presiding Judge, directed the defendants to notify the AGF of their intention to change their pleas. He subsequently adjourned the sitting until September 26.

The men on trial were some of the suspects arrested in connection to the 661 units of pump action rifles that were confiscated by officials of the Nigeria Customs Service in January.

Exactly one week ago, another discovery of over 400 pump action rifles was made in another container belonging to the same unnamed person who imported the weapons seized the upper week.

Hameed Ali, the Comptroller General of Customs, said investigations were on to get to the root of the matter.