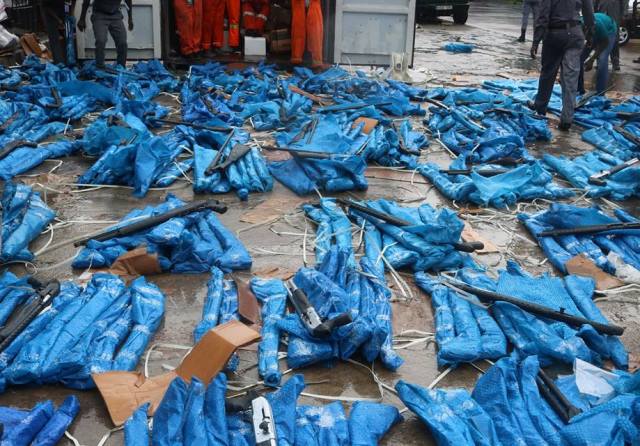 The Nigeria Customs Service have seized 1,100 unites of pump-action rifles imported into Nigeria through the Tincan Island Port, Lagos.

Ali said the consignment came in from Turkey and it is believed that an arms syndicate is behind the importation.

He also said that a customs officer and a clerk working in the Port had been arrested as part of investigations to get to the root of the matter.

The recent discovery far outnumbers the 661 units of pump-action rifles that were discovered in 49 disguised boxes at the same Tincan Island ports in January.

Three persons were arrested in connection to the discovery but nothing has been heard about it nine months after.

IGP begins tour of police formations across the country…

What Nigeria government is doing to realize Okonjo-Iweala’s…