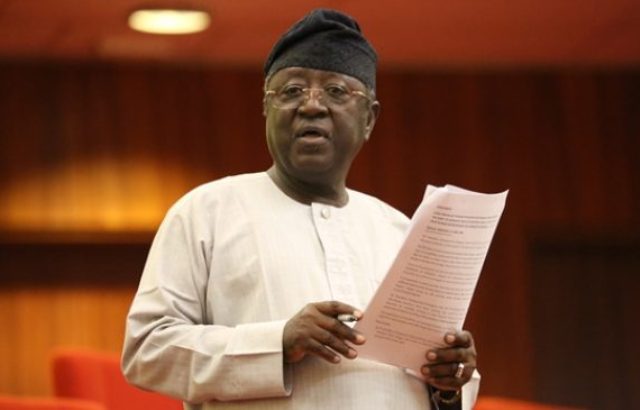 
A prosecution witness, Musa Sunday, who is testifying against a former governor of Plateau State, Jonah Jang, in an alleged N6.2billion fraud, on Thursday narrated to a State High Court, sitting in Jos, Plateau State, how his aide conveyed cash to him at the Government House.

Jang and the aide, Yusuf Pam, a cashier at the Office of the Secretary to the State Government (SSG), are accused of colluding to divert state funds for personal use and are standing trial before Justice Daniel Longji.

A statement issued by Wilson Uwujaren, Head Media and Publicity at EFCC, said Sunday, who is testifying as the 11th prosecution witness, while being cross-examined by Mike Ozekhome, SAN, counsel for Jang, gave a vivid description of how Pam, during investigations into the alleged fraud, took him through the hidden back passage through which he usually used to take cash to Jang.

He said: “The new Government House is located at the outskirt of town amidst a lot of buildings.

“Among the buildings was the office of the SSG of the state where Pam and the EFCC detectives reported their arrival to the SSG.

“From the SSG’s office we were led to the Government Office, the Governor’s office, a storey-building with two doors one at the main entrance and at the back exit.

“There, Pam showed us how he delivered cash in ‘Ghana must go’ bags to the former Governor.

“He had clearly said and even showed me the back entrances where the cash was stacked and given to the governor.”

While identifying Exhibit P62, a response from the Plateau State House of Assembly dated July 19, 2018 and September 2014, alongside the letter from the EFCC requesting for information, Musa told the court that investigations revealed that memos were written by the Commissioner of Finance, who was involved in seeking approval for the disbursement of the funds involved in the alleged fraud.

“However, the monies were further transferred from Plateau State One account to OSSG account where the second defendant withdrew cash and delivered to the first defendant,” he said.

While trying to infer that the prosecution of Jang was political, Ozekhome questioned the witness, as to why it took four years before the former governor, who contested under the Peoples Political Party (PDP), was arraigned in court.

“Four years later, Jang was charged on April 4, 2018, and don’t you think this has a political undertone?” Ozekhome queried.

“So between 2014 and 2018 when the petition was received and when he was first charged to court, it took four years, don’t you think this has a political undertone?.

Replying, Sunday said: There are laid down procedures following investigation, the legal team take up the cases and charge them to court. All these processes take time.”

Under cross-examination, the witness further confirmed that about $100,000 was deposited in a single day into the Standard Chartered Bank.

“Yakubu Jang, son of the first defendant was among the persons who deposited monies into the account.”