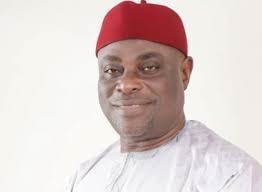 NATIONAL Chairman of the All Progressives Grand Alliance (APGA) Victor Oye has urged a former governor of Anambra State Peter Obi to return to the party.

Obi served two terms as governor on APGA’s platform, from 2007 to 2014, before he left for the Peoples Democratic Party (PDP).

Speaking on Arise Television on Wednesday Oye observed that Obi achieved a lot with APGA but has struggled since he left the party.

Oye was reacting to the victory of APGA candidate Chukwuma Soludo in the Anambra State governorship election.

“When Peter Obi was in APGA he performed superlatively. The moment he left APGA the spirit left him and he has never achieved anything ever since.

“If he wants to achieve anything politically he should return to APGA and we will now reignite the APGA spirit in him.”

The deputy governor defected to the All Progressives Congress (APC) a few weeks to the governorship election.

Oye said, “He (Okeke) was not denied anything. He had everything he should have, his statutory whatever, he has everything. Suddenly he just jumped out of the ship, who do you blame?”

“Somebody who jumped out of a 21-storey building, what do you expect will happen? He will crash. Do you blame the building or builder?”

The APGA national chairman praised the people of Anambra State for their doggedness and determination in the face of alleged intimidation and attempts to buy them over.

He added that the election was hitch-free despite all the initial security threats.

The ICIR reported that the APGA candidate Soludo was declared the winner in the Anambra governorship election after the supplementary election in Ihiala Local Government Area on Tuesday.

Soludo, a former governor of the Central Bank of Nigeria (CBN) defeated Valentine Ozigbo and Andy Uba, his closest rivals from the People’s Democratic Party (PDP) and the All Progressives Congress (APC), respectively, with a total of 112,229 votes, representing 45 per cent of the total votes cast in the election.