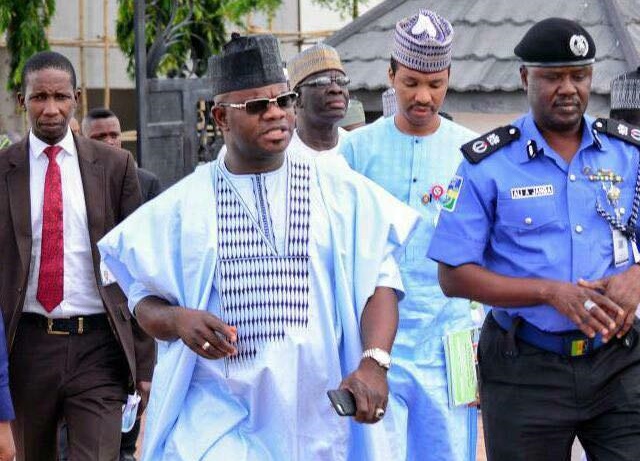 BARELY two months after the explosion that rocked a beer parlour in Kabba, the headquarters of the Kabba/Bunu Local Government Area of Kogi State, the state has experienced another blast in the premises housing the office of the Secretary to the Kogi State Government.

The premises is next to Lugard Street, housing the secretariat of the Kogi State council of the Nigerian Union of Journalists (NUJ).

According to eyewitnesses, the loud explosion was heard around 8:30 am on Tuesday as journalists gathered to prepare for the day’s assignments.

Speaking on the development, the Commissioner of Police, Edward Egbuka said the explosion was caused by the police bomb disposal unit.

“Yes, what happened was that we were informed of a package that looked like a bomb was left on the premises and I immediately deployed the bomb disposal unit there to assess the object” he said.

“The object was immediately blown up. The explosion you heard was the handwork of our bomb disposing unit brought about by their efforts to blow up the object.”

The ICIR however recalls that the state witnessed two explosions in the space of two weeks in May 2022.

The first explosion which generated controversies as to whether it was a bomb or a gas cylinder, occurred on May 11 at a beer parlour around Lewu Junction in Kabba Town.

Another explosion occurred at a beer parlour in Kabba on May 29. The beer parlour was located opposite a police station.

There were reports that several persons were injured in the blast.

But spokesman of the state police command William Aya said there no casualty was recorded in the explosion.

He stressed that only chairs, tables, and the building were affected by the explosion.