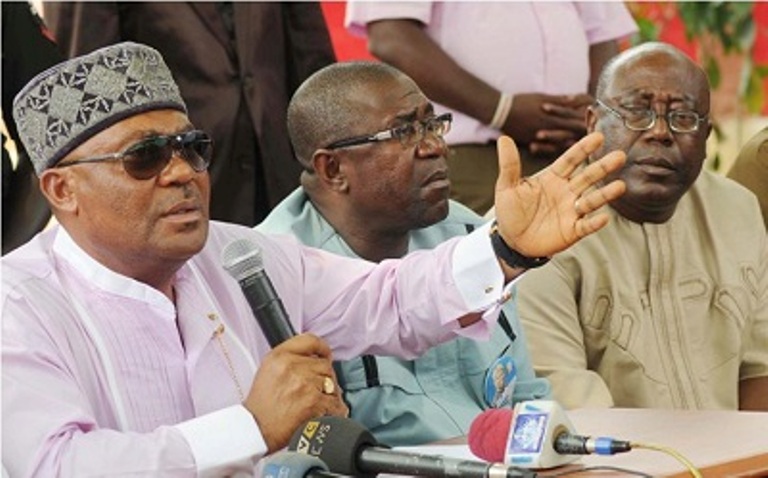 The All Progressives Congress, APC, has called for the cancellation of the elections conducted in conducted in Rivers State on Saturday.

In a petition to the chairman of the Independent National Electoral Commission, INEC, Attahiru Jega, the party called for “outright cancellation and rescheduling” of the presidential and National Assembly elections in the state.

The APC chairman in the state, Davies Ikanya, who signed the petition, stated that the election in the state was “a parody” characterised by “deliberate non release of result sheets to nearly all the centres, active collaboration and collusion of the INEC staff with the People’s Democratic Party in undermining the credibility of the election”.

The party further alleged that the widely reported incidents of violence was orchestrated to scare away voters.

The party also stated that police officers were complicit in the plot, and that they were used to arrest some APC leaders and faithful, thereby preventing them from participating in the elections.

According to the APC, these incidents were actively facilitated by the Resident Electoral Commissioner in River State, Gesila Khan, who the party described as “a known associate and friend” of President Goodluck Jonathan.

“The most egregious aspect of the glaring irregularities and breaches in the election is in the area of a wilful and deliberate non availability of results sheets in nearly all voting centres,” the party said.

The party alleged that the non-availability of result sheets was intentional, as it was “deliberately made so as to pave the way for the writing of the results thereafter”.

The party also alleged that in spite of strenuous objection by members of the party, “several thousand persons” with fake permanent voter cards, rejected by the card readers, were allowed to vote in almost all the local government areas, particularly, in Tai-eleme, Oyigbo, Ikwerre, Obio/Akpor, Okrika and Ogu/Bolo.

The party alleged that the PDP facilitated the replacement of INEC ad-hoc staff with suspicious-looking characters in Gokana local government area.

“It was believed to have been done in connivance with the LGA, Electoral Officer, EO,” the party alleged.

“These same actions were also replicated in several other LGAs including Khana LGA where in Wards 6, 9, 16 17 and 18, the Returning Officers, Presiding Officers and Assistant Presiding Officers are all known PDP members. In Okrika LGA, there was a sudden change and appearance of fresh and non-trained INEC ad-hoc personnel. This also happened in Obio/Akpor Local Government Area and other LGAs.

“We want to firmly state that there is nowhere in the world where this sham and debacle that happened in Rivers State can be glorified as an election and allowing this to stand is to posit to the entire World that allocation of votes and massive irregularities and malpractices will be allowed as long as the perpetrators are able to carry same out,” the party further stated.