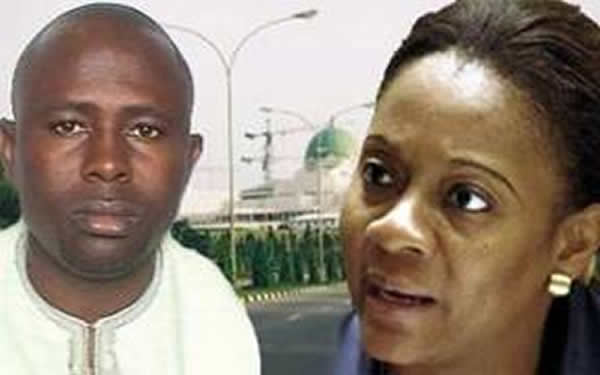 A Court of Appeal sitting in Abuja has thrown out a case instituted by the Economic and Financial Crimes Commission, EFCC, against a former chairman of the House of Representatives committee on Capital Markets, Herman Hembe, for allegedly converting to personal use, the $4,095 (about N600,000).

The money given to him by the Securities and Exchange Commission, SEC, as travelling allowance for a conference in the Dominican Republic in October 2011.

‎Hembe was charged along with his deputy, Chris Azubogu, charged for the alleged illegal conversion.

In dismissing the case, the presiding judge, Justice Joseph Tine-Tur, accused the EFCC of persecuting the accused, saying that the proof of evidence and the evidence given by the witnesses called by‎ commission did not establish a prima facie case against Hembe.

Coming down heavily on the anti corruption agency, Justice Tine-Tur described Hembe’s trial as a waste of‎ court’s time and consequently quashed the charges, discharging and acquitting the accused.

One of the two-count charge against the accused read: “That you Hon. Iorwase Herman Hembe, sometime in October 2011 in Abuja within the Judicial Division of the High Court of the Federal Capi-tal Territory, dishonestly converted to your own use the sum of $4,095, being money given to you by the Securities and Exchange Commission as your travelling allowance to PUNCTA CANA, Dominican Republic, to attend a conference which you did not attend and thereby committed an offence contrary to section 308 of the Penal Code Act, Laws of the Federation of Nigeria (Abuja) 2004 and punishable under section 309 of the same code.”

At the FCT High court, counsels to the accused persons, Jilbrin Okutepa and Onyechi Ikpeazu, had argued that their clients did not commit any offence to warrant them facing trial.

Both Hembe and Azubuogu had maintained they were not guilty when the charges were read to them and approached the Court of Appeal after the Abuja High Court dismissed an application they filed in a bid to quash the charges.

It would be recalled that the director general, SEC, Arumah Oteh, in a bid to fight accusations of reckless expenditure of public funds,  had alledged that the federal lawmakers were out to smear her reputation because she refused to give a N39 million bribe they demanded from her.

She pointedly accused Hembe of demanding bribe from SEC, saying that in October 2011, the committee chairman had collected money and a first class ticket from SEC on the excuse of travelling to the Dominican Republic to attend a conference on capital market.

She said Hembe neither made the trip nor returned the money.

The accusations caused such public uproar that forced  Hembe to resign his position to allow for thorough investigation into the matter as the EFCC charged he and his deputy to court.

The judges Court of Appeal Court judge who struck out the case expressed diamat at the shoddy manner the agency handled the case.