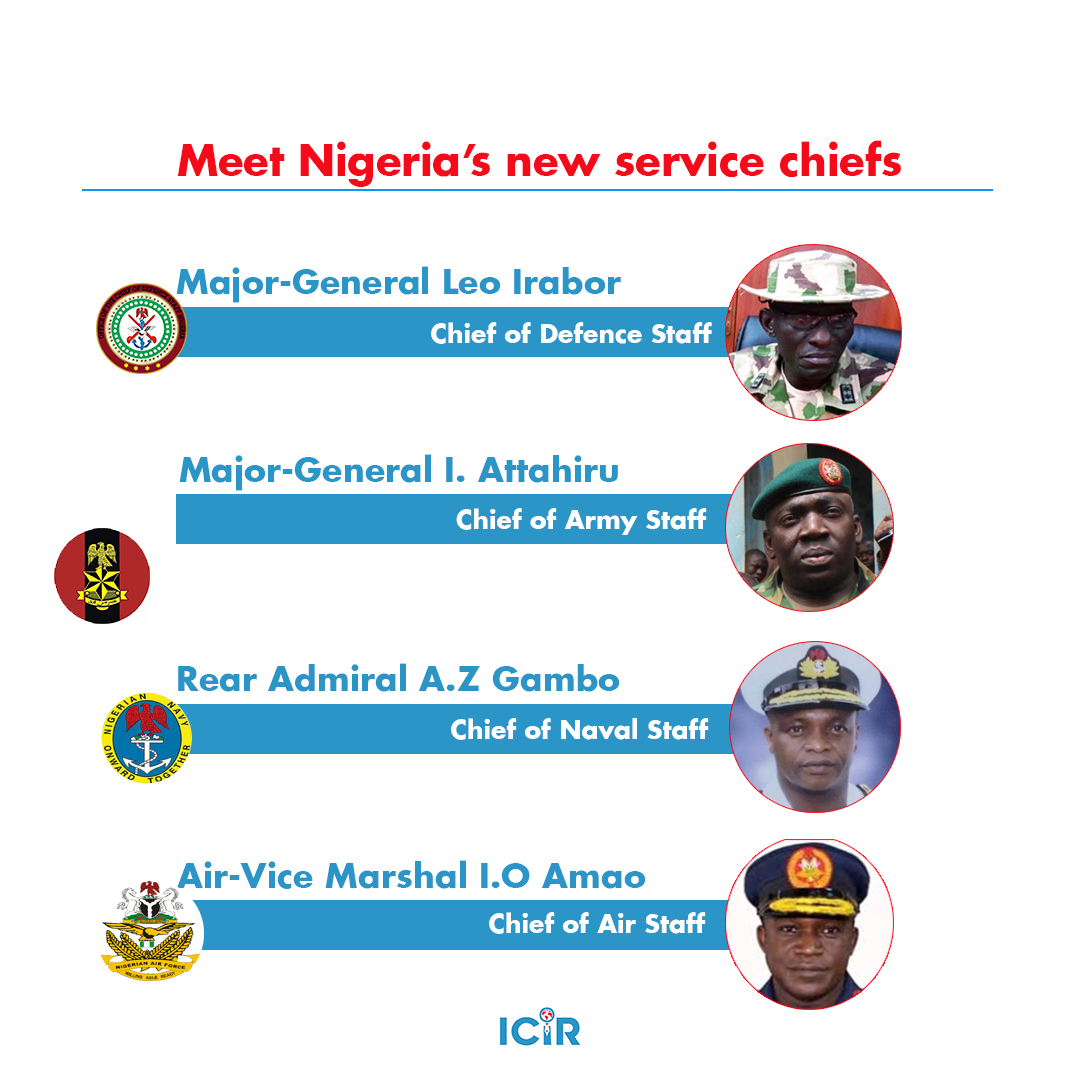 THE Northern Elders Forum (NEF) says that Tuesday’s appointment of new service chiefs by President Muhammadu Buhari is not enough to prosecute the ongoing war against Boko Haram in the North-East and rising insecurity in the country.

Hakeem Baba-Ahmed, spokesperson for the forum, who stated this while appearing on Channels Television’s Sunrise Daily on Wednesday, said the president must provide the necessary leadership needed by the new commanders to thrive.

“The key is the president. He has to change his attitude to the defence and security of this country. You cannot run this country with all these security challenges and maintain the distance with what is going on. You listen to the president and his spokespeople are telling you the situation is better than it was in 2015. It is a very disturbing thing when you hear this.

“There are no suicide bombings now but the population of Nigerians living under Boko Haram is large, huge and unacceptable.”

On Tuesday, President Muhammadu Buhari announced that he had accepted letters of resignation of the nation’s long-serving service chiefs after many months of ignoring pleas and calls by both chambers of the National Assembly, the Nigeria Governors’ Forum, social-cultural organisations and well-meaning Nigerians that they be sacked owing to the growing insecurity in the country.

Commenting on the appointment, the NEF said it hoped the president didn’t just react to yearnings to bring in new hands. He added that it was important that there should be change in leadership but the new chiefs must brace up to the onerous task ahead of them.

“At last, it appeared that the president has considered that it is time for him to appoint new service chiefs.

“Our hope is that he is not just responding to public opinion but he himself acknowledges the fact that all service chiefs have run out of steam. Their leadership did not produce the results it was intended to produce.

“But we don’t want the nation to be carried away. It is important that the armed forces have a new leadership, but they have a huge task and it has to start from the president.

“We have a Commander-in-Chief of the Armed Forces. The president has responsibility to lead the new service chiefs in a better way than he did in the past. He needs to recognise the fact that he has a role.

Baba-Ahmed stressed that the president needed to have a closer eye on what was going on and hold the new service chiefs accountable to make sure that the changes were brought into the military in terms of conduct, professionalism, integrity, morale of the fighting forces and change in tactics.

“If these new service chiefs are led in the same manner the president exercised the distance between him and the conflict that the military is fighting, we are going to have the same problem,” he added