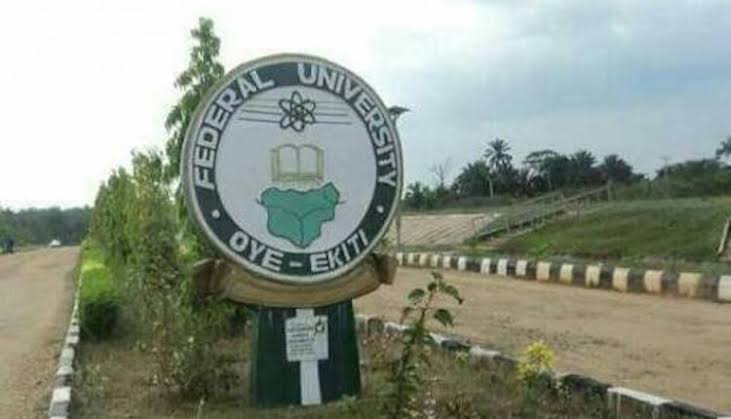 THE Academic Staff Union of universities (ASUU), Akure Zone, has accused Kayode Soremekun, the Vice-Chancellor of the Federal University of Oye-Ekiti (FUOYE) of financial misappropriation and maladministration.

But the Vice Chancellor has denied all allegations, noting that the Office of the Auditor General of the Federation is currently looking at the book of the university, to determine whether the allegation of misappropriation against him can stand.

It noted that Somerekun has recently embarked on some acts that were inimical to the ethics of governance of the budding university.

“In furtherance of his flagrant disregard for rules and regulations, the outgoing Vice-Chancellor, among other things, had recently embarked on some acts which are contrary to the ethics of governance of the university.”

The Union alleged that the Vice Chancellor had carried out unauthorized and secret recruitment of both academic and non-academic staff when all universities in the country were on lockdown due to COVlD-19 pandemic.

The secret recruitment, according to ASUU was carried out without interviews, and at a time the university had no Governing Council.

It cited a recent memo by the university which directed the new employees to go for the Integrated Payroll and Personnel Information System (IPPIS) data capturing.

“A memo With reference number FUOYE/REG/PEO/IPPIS/006 dated 22nd July, 2020 from the Personnel Affairs Officer of the university directed new staff members to report for IPPIS data capturing. This letter came at a time all members of Staff are on COVID-19 lockdown.

“Two days later, precisely on the 24th July, 2020, another memo from the office of the Bursar With reference number FUO/BUR/STAFF/OOS/OZO, on the need to update staff records with the Bursary department was issued. These two letters are clear evidence of secret recruitment going on in Federal University Oye-Ekiti. A letter of caution, written to the Vice-Chancellor fell on deaf ears as it is characteristic of him,” it said.

The academic union further alleged that the Vice Chancellor had also “embarked on irregular staff promotion exercise during the lockdown, adding that there was also an online advertisement of vacant positions of principal officers within the university.

The promotion exercise, according to ASUU “was done in order for him to promote his cronies before his exit as the Vice-Chancellor.

It stated that promotion always commences from the Department by the Departmental Appraisal Committee and from there to the Faculty A & PC and to the university Appointment and Promotion Committee.

“These procedures cannot be easily achieved when all universities in the country are shut down. The rush for 2019/2020 session promotion exercise at this time raises one’s suspicion, especially when there are backlogs of promotions for 2016/2017, 2017/2018 and 2018/2019 sessions unattended by the university administration. It must be noted that the Union is not averse to the promotion of its members but, we stand against nepotism,” ASUU said.

While pointing out a case of nepotism against the Vice Chancellor, the union alleged that one Olatunbosun Odusanya, whom it said the VC brought in  when he came in 2016 to occupy an illegal position of the Director of Administration and Special Duties in the university, has already submitted an application for the position of the Registrar.

It added that the VC has been making frantic efforts to ensure that Olatunbosun  occupies the position.

“The illegal position of the Director of Administration and Special Duties was brazenly created in the university by the outgoing Vice-Chancellor, Prof. Kayode Soremekun when he assumed duty in the university in 2016. The three Unions (SSANU, NASU, NAAT) wrote a petition in respect of this among others. A committee was set up by the university Governing Council to look into the petition. In the report of the Committee, the Personnel Unit told the Committee that there were a lot of irregular appointments made, as directed by the administration.

“The Committee was also informed that despite their advice on the irregularity of such appointments, the affected staff were given such positions contrary to the scheme of service.

“They particularly mentioned the name of Mr. Olatunbosun Odunsaya who was employed as the Director of Administration and Special Duties on CONTISS 15, whereas he was a Principal Assistant Registrar on CONTISS 13 at National Open university of Nigeria (NOUN) before he moved to FUOYE in 2016.

Among the recommendations of the committee is “All non-academic appointments after the Council meeting of 3rd & 4th June, 2015 without Council approval should be terminated (Including that of Mr. Olatunbosun Odusanya). Should this be acceptable to the Council, management should then direct bursary to take appropriate action.”

The Union also faulted the recent online matriculation exercise for the 2019/2020 academic session held on the 28th July, because it was not approved by the university Senate.

It said the matriculation ceremony was a sole decision of the Vice Chancellor arguing that there was no time the university Senate met to fix the date.

“It will interest you to know that the university had earlier issued a memo calling on concerned students to come to the school for collection of matriculation gowns for the ceremony at the time when all universities in the country were shut down due to COVlD-19 pandemic.

Although the Union did not establish the allegations of financial misappropriation by the VC, it however cited the recent financial audit of the university by the Auditor General of the Federation and for which reason the VC is being sued by Center for Social Justice, as its enough reason.

It therefore called on the recently constituted Governing Council and the Pro-Chancellor of the university to set up a committee of enquiry into all the issues it raised.

While expressing its confidence on the Pro-Chancellor and the Chairman of the university Council, “to correct the ills” of the Prof. Kayode Somerekun, ASUU requested that the VC be allowed “to proceed on terminal leave to allow for proper investigation into the scandals perpetrated by his administration.”

In addition, “We also Use this opportunity to reiterate our earlier call on the Government of Nigeria to quickly set up a Visitation Panel to Federal University, Oye-Ekiti and other universities as stated by the Honourable Minister of Education during the recent inauguration of some Governing Councils of some Federal universities.

Meanwhile, Professor Kayode Soremekun in his reaction to the allegations said the University’s Governing Council before it was dissolved and reconstituted  gave approval for what the academic union called unauthorised and secret recruitment.

The Vice Chancellor, in a statement sent to The ICIR by Adeyinka Ademuyiwa, the university’s Deputy Director, Corporate Services, stated that all the university’s recruitment were well monitored by the Federal Character Commission which according to him has issued a certificate of compliance to the university as regarding all recruitment exercises.

“Everyone who knows how universities operate will testify that recruitment procedures in Federal Universities follow this pattern: Council directs that, vacant positions be advertised, usually in at least two national dailies; applicants’ responses are allowed for six weeks within which nothing could be done; subsequently, harvested applications are scrutinised  and shortlisted following approved criteria; interviews are in turn conducted and the most suitable candidate selected,” Ademuyiwa explained.

“In addition, the regulation allows  Vice-Chancellors to appoint people in some situations and obtain waivers from relevant authorities. Such appointments are later regularised within a given time-frame.

“Incidentally, the only grouse of these people is the thinking that the  FUOYE management placed advert recently between the last Governing Council whose tenure expired in February 2020 and the new one which was inaugurated in July, 2020.”

On allegations of financial misappropriation, he said ASUU has approached the court on the same issue, adding that it was the lack of patience with no regard for fairness and justice that has made the union to seek attention in the media.

Ademuyiwa also noted that the financial dealings of the university were currently under the scrutiny of the Auditor General and Public Accounts Committee of the Federation.