Before it kills us, let’s kill fake news— 5mins read 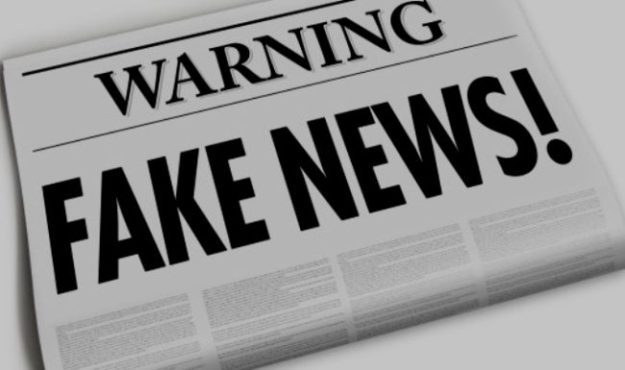 IF we are not careful, fake news will kill us. Already, it has sent some to their early graves. Fake news is creating confusion and killings among us. The purveyors of fake news  do not care if Nigeria collapses. As much as there is no other Nigeria elsewhere that anyone can run to – if this one and only Nigeria sinks – we will all sink with it. This is not a doomsday prophecy.

Fake news is a threat that nobody seems to care about.  In the last few weeks, fake news –through manipulation of pictures, videos and outright falsehood – has shown and proved how potent a threat it is to our democracy. It has created tensions and the effects are here with us all. The 1994 Rwanda genocide where certain members of Rwanda’s majority Hutu population nearly eliminated a Tutsi minority keeps coming to mind as a gory example of damage fake news can do.

But many are yet to understand how much a problem and indeed a threat fake news is. More than before, untrue information is being disguised as credible news. More and more people are beginning to consume and believe fake news without bothering to fact check or even read beyond the headlines. With the scary and reckless manners purveyors of fake news are feeding unsuspecting public, fake news looks harmless but definitely a time bomb ticking to explode. When it does explode, we are all doomed.

After the news of gruesome murder of over 86 people in 11 communities in Barkin Ladi, Riyom and Jos South local government areas of Plateau State on Saturday June 23, 2018 sent shivers down the spines of Nigerians, citizens again were shocked two days later to read in the media that the killings were retaliatory.  Like the news of the attacks, the report that the attacks were retaliatory attributed to Danladi Ciroma, Chairman, Miyetti Allah Cattle Breeders Association of Nigeria North-Central zone, featured prominently in all the major news media and online newspapers. And it ran under different headlines but all saying the same thing. That was exactly on June 25, 2018.

“These attacks are retaliatory. As much as I don’t support the killing of human beings, the truth must be told that those who carried out the attacks must be on revenge mission. There have been recent reports of cow rustling and destruction of farms between Berom farmers and Fulani herdsmen. The people carrying out these criminal activities are well known to the communities but the communities are hiding them,” Ciroma was quoted as said

As it would be expected, what looked like a confession of a witch by Ciroma’s comment attracted widespread condemnation and indeed calls for him and his kinsmen believed to be behind such dastard act to arrested and prosecuted. It was unimaginable the aftermath of this admittance by Miyetti Allah− some more retaliatory attacks, perhaps besides war of words by all actors on the social media. But again, Nigerians were to be confounded that the news was indeed not true−fake. Ciroma denied ever saying such. Up till now, there has been no documented evidence to prove that he indeed utterred those comments.

It was not until when PREMIUM TIMES, the online newspaper that broke the news of the retaliatory attacks recanted its story that its reporter in Jos, who filed in the report failed to do due diligence before sending the report to the editor. Definitely a trying moment for the reputable newspaper, the management labored to clear its name from a debilitating aftermath of a misleading story that strained the already tensed security situation in the country.

WHAT NEWSROOM MUST DO

The gatekeeping role in media environment is fast eroded because today everyone is a journalist.  Social media has given everyone the opportunity to be both consumer of news and creator of it−fake news inclusive.  The role is not necessarily restricted to the newsroom these days. That is where the danger lies.

“With today’s fast-paced and competitive media environment, there has been a significant rise of these social media channels, creating outlets where anyone and everyone can be a journalist. Therefore, why do we need gatekeeper journalists anymore?” says Gabrielle Tutheridge, a journalism expert.

The public needs reliable, intelligent and relevant sources which they can go to for news, thus creating a push to try and deregulate fake news within the media. Whereas, gatekeepers ultimately craft and conduct what is being published to the masses.  Therefore, they determine what is to become the public’s social reality, and their view of the world. Unfortunately, the role of gatekeepers  is now overlooked.

In a traditional newsroom, a reporter’s copy passes through more than three hands before it is certified okay for publication− news editor, sub-editors, proof readers and fact checkers are left to do the remaining aspect of gate-keeping after the reporter delivers the story. For both economic reasons and technology, these functions are subsumed in one body of a reporter who does the news gathering, reporting, editing, proof reading and fact check. The output can best be imagined.

Now, a copy from a reporter passes through the desk of a heavily burdened news editor and straight to the pre-press. It is garbage in, garbage out. That explains why what the public reads now are not only a plethora of grammatical errors but unpardonable factual errors and inaccuracy . No one cares as long as the copy keeps coming out. The reading public too does not care, or so it seems. They consume everything including all the lies, fictions and propaganda.

What must be done must be done; the audience needs to know what they are reading is truthful and honest.  As the conventional role of a journalist is to serve the public and maintain ethical conduct, this is where gate-keeping is still significant in our diverse media environment. If the media must maintain its credibility and professionalism, journalists need to be able to uphold high standards and try to differentiate credible news from the overcrowded fake news that has taken over the media environment.

Fake news is on the rise. In a nation like Nigeria, it is created deliberately by different actors (government, politicians and others) for unsuspecting public. And they have their reasons up their sleeves. For a population of about 190 million, where the percentage of literacy is 59.6 percent,  the effect of fake news on Nigerians reinforces the hypodermic needle theory of mass media. Also known as “Magic Bullet” theory, it graphically assumes that the media message is a bullet fired from the “media gun” into the viewer’s head. It suggests that the media inject its messages straight into the passive audience.

The characteristic hook, line and sinker assimilation of fake news by Nigerians, even by those considered as literate and how it has further led to conflicts calls for more introspection about the power of the media. It calls for more careful appraisal of the motives of those behind fake news.

According to Tutheridge, audiences have become too used to this fast-paced and competitive environment of breaking news and sometimes lack understanding. What is published in the media is not always reliable and honest.

If we trace the causes of recent ethnic, religious and political violent crises, it would not be surprising that a whole lot of them were triggered off by fake news, videos and pictures. It is more worrisome that journalists have also become pawns in the hands of creators of fake news.  They help redefine, refine and transmit fake news. Perhaps for economic reasons too, many journalists are willing tools in the hands of fake news makers. So who is safe, if journalists cannot discern fake news or they choose deliberately to look the other side.

THE NATIONAL CAMPAIGN AGAINST FAKE NEWS

The fake news phenomenon is capable of undermining confidence in the media, and once the people lose confidence in the media, the media and the society are in trouble. This is why it is tempting to align with the argument advanced by the government to want to regulate the social media. Government has always had its ulterior motives to control citizens’ freedom of expression. But again, considering the fact that social media and of course online journalism do not lend themselves to the known “Ethics of Journalism”, regulating what appears to be threatening the peace will not be a bad idea.

Perhaps, the recent launch of the National Campaign against Fake News by the Federal Government is a welcome development. Lai Mohammed, Minister of Information and Culture  explained that “the essence of the campaign was to sensitize all Nigerians to the dangers posed to the peace and security, and indeed the corporate existence of Nigeria by the phenomenon, and the fact that each and every Nigerian has a role to play in curtailing the spread of fake news.”

One could not agree less with the federal government with the timing of the campaign because the role of fake news in aggravating the various crises in the country and the need to check the phenomenon ahead of the 2019 elections are more obvious. The minister should also know that government is duty bound to make information available to its citizens. When government put out accurate news, it reduces the scope for fake news.

Fake news is a global epidemic that could be worse than all the plagues that the world has recorded put together. It is a clear and present danger to global peace and security, and a threat to democracy if not taken seriously now and tackle headlong.

Civil war threat: Buhari is free to express views on…