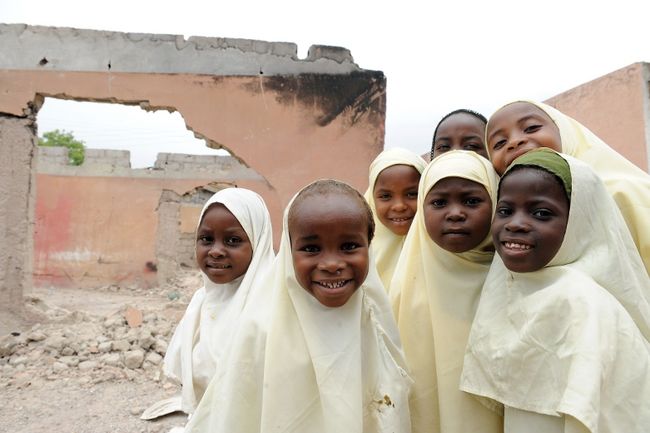 As the Borno State government reopen public primary schools on November 17, after more than seven months shutdown following incessant terrorist attacks, pupils are to be provided uniforms and free daily meals as part of incentives to ensure the return toclassrooms by all students in public schools.

Chairman of the state’s 19-man committee on the resuscitation of the primary and secondary education, Mohammed Dongel, told journalists on Monday that secondary schools will remain closed until the Internally Displaced Persons, IDPs, taking refuge in the schools are relocated.

Dongel, however, said the re-opening of secondary schools will take place soon after that of the primary schools.

“All things being equal, public schools will re-open for classes on November 17. Governor Kashim Shettima has already approved the procurement of chemicals for the fumigation of the schools against reptiles and other rodents ahead of the re-opening. We plan to re-open public secondary schools soon after the primary schools,” he stated.

The chairman said the state government was working to relocate the internally displaced persons to the Hajj Camp and the International Conference Centre, Maiduguri, to enable the reopening of the schools for academic work.

Dongel said that the committee had introduced numerous incentives to ensure that students return to schools after the re-opening.

“You will agree with me that most parents have been traumatized by insurgent’s attacks on schools. Students have also been scared due to incessant attacks on schools, so we need to introduce measures for the purpose of encouraging school’s enrollment and retention,” he said.

As part of incentives, the state government had agreed to provide free school uniform and free daily meals to all students in public schools.

He said the government had also introduced new security measures in schools to ensure safe environment for teaching and learning.

Dongel said further that government was also working in partnership with local vigilantes – the Civilian JTF to ensure schools protection.