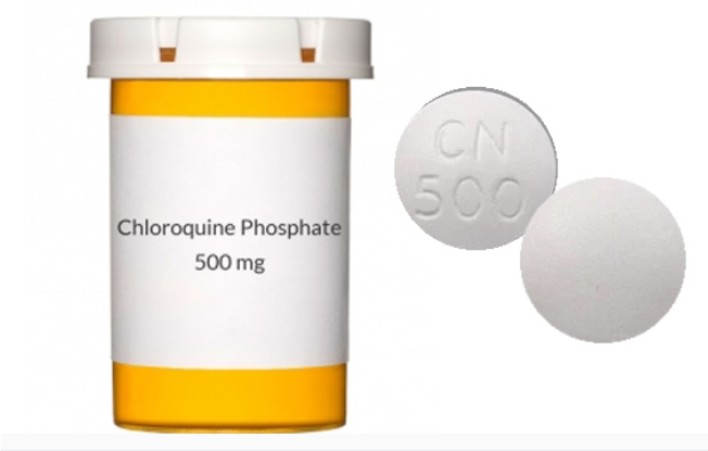 THE US Food and Drug Agency says there are currently  no ‘FDA-approved therapeutics or drugs to treat, cure or prevent COVID-19, contrary to claims by President Donald Trump on Thursday that the agency has approved chloroquine as a drug to cure the disease.
Chloroquine is used to treat malaria, lupus and rheumatoid arthritis but has now been claimed to be effective in the treatment and cure of the novel virus.
Trump claimed during a White House briefing on Thursday that the Food and Drug Administration had approved the “very powerful” drug chloroquine to treat coronavirus.

However, the FDA in a press release titled “Coronavirus (COVID-19) Update: FDA Continues to Facilitate Development of Treatments,” noted that there are several of its-approved treatments that may help ease the symptoms from a supportive care perspective.

The agency disclosed that it was working closely with innovators in their work to expedite these efforts, including leveraging scientific information about the virus and trials currently being conducted in other countries such as China, Japan, South Korea and Italy as well as in the U.S.

“Quickly after the emergence of this virus, the FDA began working directly with partners and innovators to foster the development of medical countermeasures against COVID-19, and we are continuing to provide regulatory flexibility, advice, guidance, and technical assistance.

“The FDA continues to work with interested sponsors to help expedite any additional clinical trials for COVID-19 medical countermeasures that may be appropriate. The FDA is able to, and has been, turning around requests very quickly to assist in initiating clinical trials,” it said

Chloroquine was banned as a first line treatment drug for malaria in Nigeria in 2005.
The decision, based on the recommendation of the World Health Organisation, was taken by the Federal Ministry of Health due to high treatment failures resulting from drug resistance.
In 2002, the WHO recommended the ban of chloroquine for treatment of malaria when the Therapeutic Efficacy Testing conducted across the six geopolitical zones in Nigeria showed that the drug had an efficacy of 35 percent as against the standard 95 percent efficacy.
According to the report by WHO, in most countries of East Africa and Ethiopia, more than 50 percent of patients were not cured by chloroquine.
Moderate levels of resistance were found in Central and Southern Africa whereas in West Africa, report levels vary widely but tend to be lower than in Central and Southern Africa.
This led to the removal of chloroquine as a first line treatment for malaria in the National Antimalarial Treatment Policy 2005.
Fifteen years later, the COVID-19 outbreak is bringing back chloroquine into the market, although the ban has not been strictly adhered to over the year.
Meanwhile on Friday, National Agency for Food and Drug Administration and Control (NAFDAC) approved for the testing of chloroquine in the treatment of COVID-19.
Chloroquine was discovered in 1934 by Hans Andersag, an Italian scientist.
It is a synthetic form of quinine, which has been used to treat malaria since its discovery, while hydroxychloroquine shares a similar mechanism of action but is less toxic.