CLARIFIED: Jonathan sacked Maina only RELUCTANTLY — and declined to prosecute him 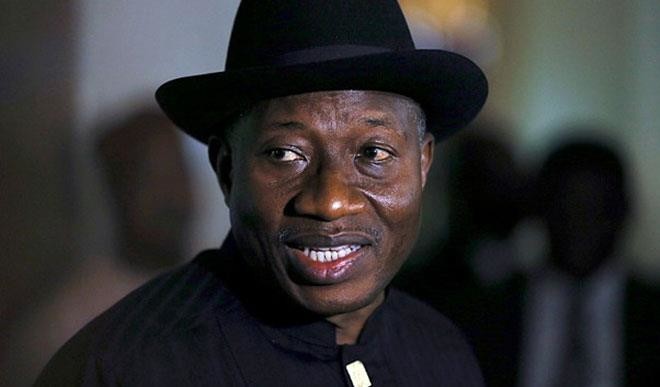 The short-lived recall of Abdulrasheed Maina, former Chairman of the Pension Reform Task Team (PRTT), to the civil service has earned Goodluck Jonathan, former President, some public praise as someone who fought corruption better than Muhammadu Buhari. But the events of that period do not support this conclusion.

Actually, Jonathan literally allowed Maina walk free in 2013 in spite of a senate resolution urging him to prosecute the former pension reform boss.

Maina was a Director at the Customs, Immigrations, and Prisons Pension Office (CIPPO) in the Ministry of Interior before he was appointed PRTT Chairman by Steve Oronsaye, then Head of Service of the Federation, in 2010.

But Maina and Oronsaye also got enmeshed in the pension fraud they ought to be fighting, mindlessly looting the pension coffers of billions of naira.

MAINA’S SACK… FORCED BY THE SENATE

A Senate committee that was set up to probe the fraud almost got frustrated, as Maina refused to cooperate with its members.

The committee concluded its sitting and directed Mohammed Abubakar, Inspector-General of Police at the time, to arrest and prosecute Maina. The Senate committee also urged President Jonathan to disengage Maina from the civil service.

“The executive has to choose between the Senate and Maina. He has crucified himself. If Maina remains, then the Senate would react appropriately,” Mark was reported as saying at the time.

“The Senate is not lacking in ideas on what to do. Nobody in this country is bigger than our democracy. I have been extremely patient with Maina, so that when we react, they will know that we have been fair.

“Whether the Police are serious about [arresting] Maina is something we are going to find out. This Senate is not going to allow this to linger on, if in two days they have not done anything, we can come here and convene and take a decision.

“This Senate has teeth to bite, the Senate will bite when it needs to bite; and when we decide to bite, there will be no room for escape.

“We have been pushed to the wall. The reaction is the correct reaction; no matter the depth of the Maina situation, nobody in this country will be left to go free if he is associated with Maina. No matter who is behind Maina, we are not going to accept it.”

The Senate then went ahead to adopt three motions moved by Victor Ndoma-Egba, the Senate Majority Leader, as follows:

“That Mr. Abdulrasheed Maina be dismissed from the Public Service of the Federal Republic of Nigeria immediately and be disengaged from all acts relating to public duty.

“That the Inspector General of Police appears before the Senate Committee on Police Affairs to give reasons why he did not act on the warrant issued by the President of the Senate.

“That Mr. Abdulrasheed Maina be investigated and prosecuted.”

However, reacting to the Senate resolution, Hassan Salihu, then spokesperson of the PRTT, said Maina was being persecuted despite having served the country with honesty and sincerity.

“Maina has never committed any offence to deserve this high level of persecution, even if he is an Assistant Director,” Salihu stated.

“We have done this assignment in the best interest of this country with all sincerity and honesty. It is only God that will save Nigeria.”

But in spite of the strong-worded resolutions by the Senate, Jonathan refused to act on the recommendations against Maina.

It was not until March 1, 2013, that rumuors started spreading that Maina may have been quietly removed at CIPPO.

In fact, Vanguard Newspaper quoted a civil servant as saying that it was only right for Maina to be replaced as he had already sacked himself by “running away from his job without any explanation”.

Curiously, nothing was heard from Jonathan with regards to Maina’s prosecution in keeping with the recommendations of the Senate. On the contrary, Maina enjoyed executive protection, but was only eased out of service to avoid a looming head-to-head clash between the Presidency and the National Assembly.

In fact, anti-corruption sources say that in the early days of Maina’s disappearance, Jonathan was “fully aware” of his location.

Until he left office in 2015, there was no single time Jonathan showed interest in prosecuting Maina. Had the National Assembly not been recalcitrant in its demand for Maina’s sack, the ex-pension boss would still have remained in service — bar his arrest by law enforcement agents.

Chat us on WhatsApp
Advertisement
Previous articleSome prisoners will vote in 2019 elections, says INEC
Next articleMalami on Maina’s recall: I won’t talk until Buhari gives me clearance