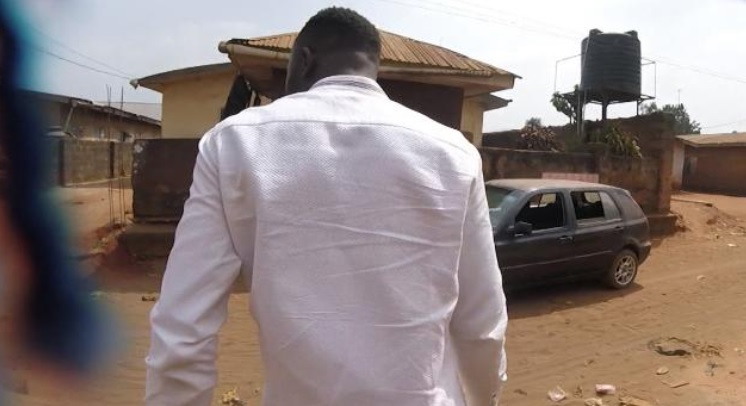 Despite the horrid experiences of illegal migrants at the hands of human traffickers in Libya, many Nigerians, especially female teenagers and young adults, are still being exploited and brainwashed by a trafficking ring in Edo State, into making the journey to Italy via Libya.

This is according to an exclusive investigation by CNN’s Nima Elbagir, which detailed how the ring operates without any hindrance in Auchi, the second biggest town in Edo State, after the capital Benin City.

Posing as a potential illegal migrant, Elbagir and Leposo, a CNN producer, met their would-be trafficker at “a lurid pink hotel room” which she said “doubles as a brothel and serves as the headquarters” of the ring’s operation.

“We are posing as would-be migrants attempting to reach Italy with the help of our “pusherman” — one of an army of brokers who work alongside smugglers on the Nigerian end of the migrant route from Africa to Europe,” Elbagir wrote.

Having paid for a “VIP package”, they were booked to travel with a night bus to Kano, North West Nigeria, where another member of the ring is expected to receive them before escorting them across the border, through the Sahara Desert, into Libya.

“We gave scant detail about our situation, saying only that we hoped to reach Italy and then travel from there to London. The smugglers were mostly interested in our money, and asked few questions,” Elbagir wrote.

“In reality, our plan was to secure a deal, set off from Auchi in the north of Edo State, and then quit the journey as soon as we were safely out of the sight of smugglers.”

Hassn John, another CNN producer who worked undercover to negotiate a deal with the traffickers, said “setting up the deal was incredibly easy”.

The smugglers agreed on N500,000 naira for each of the women, payable on their arrival in Libya. Hassan was their guarantor and would be held accountable should the women develop cold feet and decide to back out.

Hassan was told that the price to smuggle women is higher than for, say, small boys, because women’s journeys are “even more difficult – they are molested there (in Libya).”

“As part of our “VIP” travel package, we were offered condoms for the journey. The pusherman later expressed dismay that I hadn’t packed any myself,” Elbagir wrote.

“We give you contraception. You need men in Libya to be kind to you. They will have things you want. Do you understand? When I said ‘yes’, he laughed.

“Of course, you understand. You don’t get something for nothing in this life. You’re lucky. The men sometimes wait six months before they’re put on the boat to Europe.”

“Women though — if they’re like you — sometimes you can be put on a boat the very next day.”

And then came the free advice, “Listen, don’t struggle if you’re raped,” Elbagir quoted the trafficker as telling them.

According to Elbagir, public transport provides good cover for the smugglers as authorities find it difficult to keep tabs on such buses.

“We squeezed down the aisles of the busy overnight bus before the doors were locked shut from the outside as a safety precaution against potential hijackers,” she wrote.

“Once out of sight of the smugglers, we disembarked on the outskirts of the city, where Hassan was waiting for us. We were relieved to see him.

“Had we kept going — as our traffickers intended — we would have arrived in Kano 14 hours later. From there, the plan was that a member of the smuggling network would have put us on a second bus destined for Agadez in Niger Republic. From Agadez we would have travelled to Sabha in southern Libya.”

Elbagir it was whose daring investigation in 2017 revealed how illegal migrants were being sold in an auction for as low as $400 in Libya.

That report triggered a lot of chain reactions which culminated in many West African countries, including Nigeria, initiating plans to repatriate their citizens being held hostage in Libya.

So far, over 3,000 ‘lucky’ Nigerians have returned to the country from Libya, but reports say many more are still languishing in the several detention centres in the North African country; the unlucky ones, several dozens of them according to reports, died in the detention facilities as a result of extreme torture, hunger and ill health.

Edo State is Nigeria’s trafficking hub and one of Africa’s largest departure points, as hundreds of migrants are believed to be illegally smuggled from there each year.

When CNN contacted Yinka Omorogbe, Attorney General of Edo State, she said that a task force was set up by the state government in August to combat human trafficking.

“We are actively involved in investigation and have commenced several prosecutions,” Omorogbe said.

“Like I have said, we have just started. We are awaiting a state anti-trafficking law which will further strengthen us. We have a destination and we’ll get there.

“Trafficking in Edo is neither solely about economic issues nor underdevelopment, but has deep cultural roots that must be exposed, examined and pulled out.”

At a roundtable on illegal migration and human trafficking which is currently ongoing in Benin City, Edo State, Bukola Saraki, Senate President, lamented Nigeria’s poor handling of the menace.

“Nigeria currently ranks 23 on the Global Slavery Index of 167 countries with the highest number of slaves. Human trafficking is third in the ignoble hierarchy of the commonly occurring crimes in Nigeria, according to UNESCO.

“We are losing sleep over irregular migration and human trafficking; and we are determined, as representatives of the people, to do something about it,” he said.

Earlier this month, the National Agency for the Prohibition of Trafficking in Persons (NAPTIP) said it was partnering with witch doctors in Edo State to combat human trafficking which the state is, sadly, notorious for.

“NAPTIP has been able to sensitise them, we’ve had meetings with all of the juju priests, they said they did not even know, they are now ambassadors for NAPTIP because now they report cases to us,” Julie Okah-Donli, Director General of NAPTIP, told newsmen.

On November 17, 2017, 26 female Nigerian migrants who died while trying to cross the Mediterranean sea into Italy were buried in Naples. Italian Investigators believe the women, aged 14 to 18 years, were sexually abused and subsequently murdered.