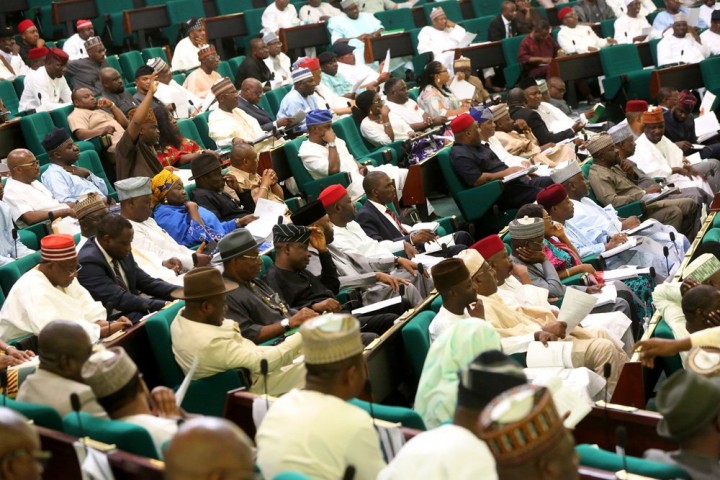 THE Alliance for Action on Pesticide in Nigeria (AAPN) has called on the House of Representatives Committee on Agricultural Productivity and Services to consider the dangers inherent in the Bill for the Establishment of the Nigerian Pesticide Council.

The coalition urged the House of Representatives to halt the public hearing scheduled to take place today (December 9).

The coalition, which seeks to increase awareness and demand improved regulation of pesticides market in the country, picked at least 15 holes in the bill, which it said stripped agencies of government vested with the responsibility of regulating the importation and use of pesticides in the country of their roles.

With the new bill, the National Agency for Food, Drug Administration and Control (NAFDAC), the National Environmental Standards and Regulations Enforcement Agency (NESREA) and the Nigeria Agricultural Quarantine Service (NAQS) will no longer play any role in the regulation of the chemicals in the country.

What appears most suspicious in the bill, AAPN noted, is the allocation of two slots of the council members to CropLife, an international association of pesticide and related products manufacturers.

The group promotes its members’ brands worldwide, regardless of the dangers the products may pose, AAPN noted.

Many of the companies’ products have been banned in Europe and other parts of the world. But they are shipped into Africa, especially Nigeria, parading almost a quarter of the continent’s population, AAPN further said.

A number of the companies face serious litigations bothering on health and environmental damages in parts of the world, AAPN alleged.

More curiously, CropLife is one of the two institutions that will enjoy two slots out of 13 organisations to be represented in the council.

The bill allows the council to accept gifts, which exposes it to corruption and compromises.

NAFDAC banned about 30 of the agrochemicals in 2008, but most have remained in the nation’s markets to date.

The ICIR had, in August 2020, reported how food vendors, farmers and fruit-sellers misused the chemicals and endangered the lives of people in the country.

On October 28, over 40 civil society organisations (CSOs), non-governmental organisations (NGOs), academia and independent Nigerian scientists met to brainstorm on the threats posed by Highly Hazardous Pesticides (HHP) in the country.

The meeting culminated in the formation of the AAPN.

The body said it recognised the harmful impacts of highly hazardous pesticides, especially those banned in Europe and imported into the country, on farmers, crops and the environment.

It said the need for improved pesticides regulation in the country was more imperative following the rejections of Nigerian agro-products from countries across the world, mainly the EU, because of high pesticide residues in the products.

“As an Alliance, we also recognise that largescale farming is mostly conventional, monoculture and depends heavily on tillage and pesticide usage.

“Thus, we recognise the need for greater sensitisation on and off-field knowledge transfer on organic agriculture, bio-pesticide usage, IPM and agroecology,” AAPN stated.

At its meeting in Abuja on November 25, the group rallied stakeholders to brainstorm ways to regulate the products.

The group presented the result of a field study conducted by the Trade Network Initiative (TNI) in collaboration with the Alliance on the use of pesticides among farmers in four states in the country.

The report contained the negative impact of pesticides on farmers, the environment and consumers of farm products amidst poor regulation.

Forty per cent of all the pesticide products registered in Nigeria have been withdrawn from the European market or were heavily restricted, according to the report.

“This 40 per cent represents 57 active ingredients in 402 products that are still in use in Nigeria. Many of these belong to the Highly Hazardous Pesticides (HHPs) group, which are especially dangerous for human health, animals, and the environment.”

The report accused the regulatory agencies, namely NAFDAC, NESREA and NAQS of underperformance because the government had starved them of funds.

The coalition also decried “unhindered” importation of pesticides through the ports.

Besides, it blamed agrochemical retailers and extension workers for encouraging farmers to use the products. Many of the farmers do not understand the preventive measures for not being exposed to the hazards of the chemicals because they are illiterates.

“The participating organisation in the meeting agreed that NGOs, experts, farmers, and concerned consumers need to come together to speak with one voice on the need to improve the regulation of pesticides in Nigeria with the view to reduce their use by promoting alternative approaches to farming. They agreed to the immediate formation of a coalition on pesticide regulation in Nigeria.”

The coalition, therefore, urged the National Assembly to summon heads of NAFDAC, NESREA and other relevant authorities to explain the reasons for the gaps that had existed in controlling the chemicals while they stopped hearing on the new bill.

Similarly, the group called on the Federal Ministry of Agriculture and Rural Development, Health, Industry, Trade & Investment and NAFDAC to take appropriate steps to improve the control of pesticides and other hazardous chemicals in the country.

The World Health Organization (WHO) estimates that 385 million farmers fell victim to acute poisoning in 2019 – most of them in Asia and Africa. Of the 860 million farmers worldwide, almost half are poisoned each year.

A former senator representing Kaduna Central, Shehu Sani, has thrown his weight behind the...
Advertisement