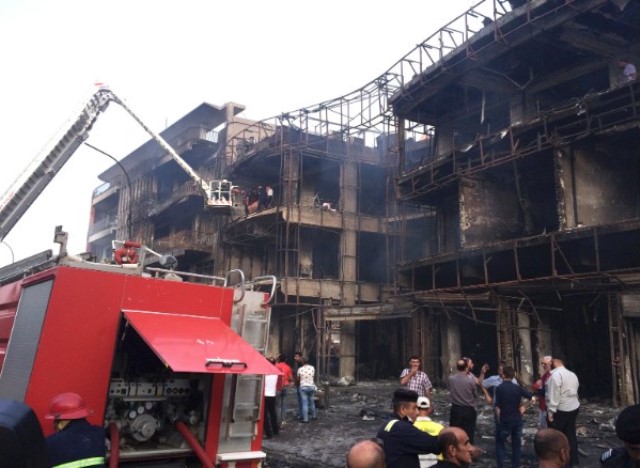 The number of people killed in Sunday’s suicide bomb attack in the Iraqi capital, Baghdad, has risen to at least 200, and 225 others were injured.

The government has declared three days of mourning after the huge blast, believed to be the deadliest single bomb attack in Iraq since 2007.

A lorry packed with explosives was detonated in the Karrada district while families were shopping for the holiday marking the end of Ramadan.

Rescuers said whole families had been killed with many people badly burned.

The so-called Islamic State, IS, claimed responsibility for the suicide attack.

Iraqi Prime Minister, Haider al-Abadi was greeted by angry crowds when he visited the mainly Shia Muslim area hours after the bombing. His office said the Prime Minister understood the reaction of residents and would increase security by banning “magic wand” fake bomb detectors and improving vehicle inspections at roads into the city.

The fake bomb detectors, some based on cheap devices for finding golf balls, were sold in large numbers to Iraq by several different fraudsters.

One British businessman, who was later jailed for 10 years, sold more than 6,000 devices to Iraq for up to $40,000 each, but despite warnings that the devices were useless, the Iraqi security forces continued to use them.

As night fell on Sunday, teams of workers were still clearing debris from the site and searching the charred remnants of buildings.

The bombing came a week after Iraqi forces recaptured the city of Falluja from IS.

A second bomb exploded shortly afterwards in another predominantly Shia area north of the capital, killing another five people.

IS, which follows its own extreme version of Sunni Islam, said in an online statement that the attack in Karrada was carried out by an Iraqi member of the group as part of “ongoing security operations”.

The US said on Sunday the attack strengthened its resolve to support Iraqi forces in their fight against IS.

Ikpeazu’s Tax Papers Were Not Forged – Abia Revenue Board