Did DSTV add new channel due to Ronaldo’s move to Saudi league?

2023: How dearth of data threatens fact-checking, exposes citizens to political misinformation in Nigeria

[UPDATED] Was Tinubu the first governor to raise bond for infrastructure in Nigeria as...

A claim is circulating online that the Digital Satellite Television (DSTV) owned by MultiChoice has set up a new channel to broadcast the Saudi Arabian League.

The claim is linked to the recent signing of a top Portuguese footballer, Cristiano Ronaldo by a Saudi Arabian club, Al-Nassr FC.

A Twitter user, @AsiimweMiles, had also tweeted the claim earlier on January 1, 2023, with another caption that read:

“DSTV has already added Saudi Arabian league on channel 240. This effect has been impacted on by a player who joined the league this season and thats non other than the GOAT. Ronaldo was given five private cars, stadium, restaurant and a Palace in Riyadh with complete security(sic).”

Similarly, another Twitter user, @DocOmeiza tweeted the claim on January 3, 2023 with a caption thus:

That DSTV added a new channel to broadcast the Saudi Arabian League due to Cristiano Ronaldo’s transfer.

Findings by The FactCheckHub show that the claim is FALSE.

It will be recalled that Ronaldo had in December signed for Al-Nassr after his contract with Manchester United was terminated earlier in November 2022.

The 37-year-old was officially unveiled as an Al Nassr player on Tuesday, January 3, 2023.

The Portuguese national football team captain signed a contract with the Saudi Arabian side that would see him remain at the club until 2025.

However, findings revealed that Channel 240, “Liyu Amharic HD” purported to have been added on DSTV is a horse racing Channel that has been in existence on the cable service provider’s packages prior to Ronaldo’s transfer to Al-Nassr football club.

According to the information obtained from the DSTV website , Racing 240 “is a 24- hour horse racing channel operating under the auspices of 4RacingTV and is available in South Africa to all DStv Premium, Compact Plus , Compact, Family and Access customers on DStv.”

For further confirmation, The FactCheckHub reached out to the Nigerian branch of DSTV on Twitter, and the company debunked the rumour. 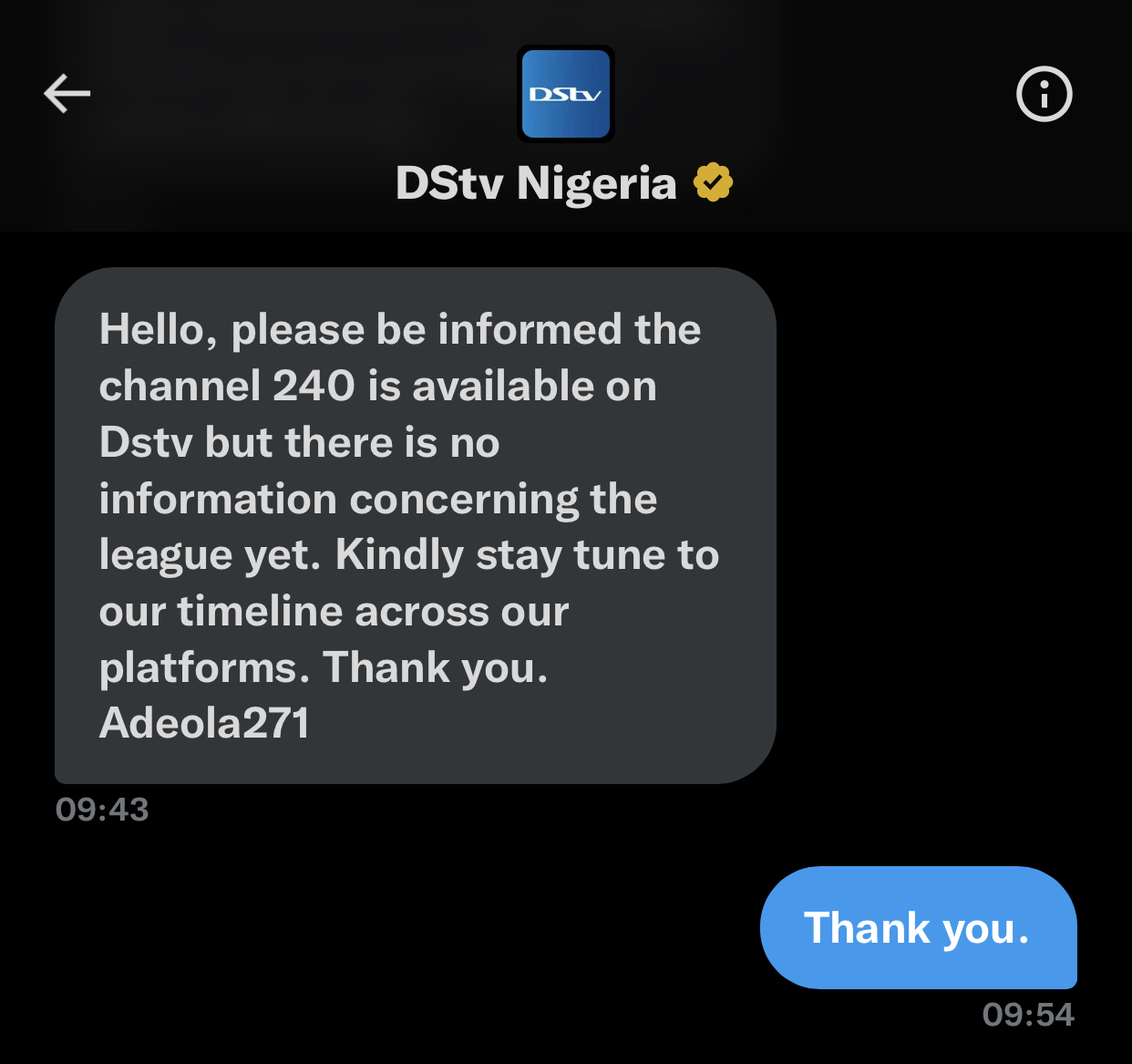 The claim that DSTV added Channel 240 to broadcast Saudi Arabian League due to Ronaldo’s transfer is false; findings reveal that the horse racing channel has been in existence before Ronaldo moved to Al-Nassr FC.