Did MTN give out N15,000 airtime as customer reward program? 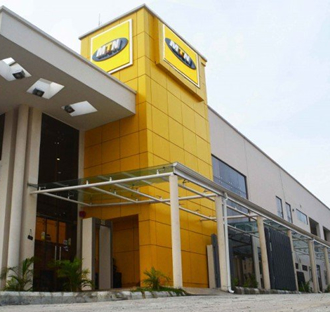 A post retrieved from a WhatsApp group on November, 8 directed people to click the link to claim their own.

The post reads “MTN GIFT: Check if your number has been chosen by MTN to receive ₦15000 As Party of customer REWARD Program For Who has been using MTN for more than three months. MTN USERS ONLY  Deadline: 2020-12-9  Click http://bit.ly/MTN_GIFT months.”

The findings conducted by this reporter divulged that MTN has disclaimed the purported links being shared by people on WhatsApp that the MTN is giving out N15,000 airtime, pointing out that the post is fake and is not emanated from its website.

The MTN has released a memo on its official Twitter handle that the Customer Reward program which claims to give N15,000 worth of airtime for MTN users is fake.

The circular read thus: “Our attention has been drawn to a fake online Customer Reward Program which claims to give N15,000 worth of airtime for customers who have been on MTN network for more than three months.

“Please note that any product/value offering by MTN Nigeria PLC is done on our official platforms, MTN Nigeria on Facebook, @MTNng on Twitter, Instagram Tiktok, and www.mtnonline.com.”

In addition to that, clicking the link will take the users to a website in which he will be asked to input his phone number and share the link to different 15 WhatsApp groups to claim the N15,000 airtime, the next thing is to find themselves lost in that same website.

The findings by this reporter showed that none of those who have shared the link has confirmed that they have benefited from the so-called Customer Reward Program.

While speaking with Abdulgafar Taoheed, an expert in White Hat Hacker, he revealed that pressing that bogus links has a lot of implications, noting that the people that developed the website can have access to the phone details of anyone who clicks the link and they can hack the person’s social media account easily through it.

He disclosed that the website has been modeled in a way that will extremely consume the data of anyone who press the link to the website which will be a source of income for them.

“Anything can happen but it looks like bio-data encryption; I mean it will just take some of your biodata with the network. The website is not secured at all and not from the MTN as they claimed it is, ” he clarified.

The claim that MTN is giving out N15,000 worth of airtime as a reward program for customers is False.

As of the time of fact-checking this, the site has been temporarily suspended.