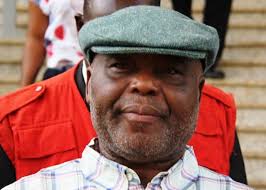 Raymond Dokpesi, Chairman of Daar Communications, says Lai Mohammed, Minister of Information and Communication, must apologise to him and pay a sum of N500 million as damages for including his name on the list of alleged looters released to the public last week.

Dokpesi made these demands in a pre-litigation letter written to Mohammed through Mike Ozekhome, a Senior Advocate of Nigeria (SAN) and his lawyer.

In the letter, dated April 4, 2018, he said the Minister defamed him by stating on the list that he looted N2.1billion.

He said the apology must be published in four national dailies – The PUNCH, ThisDay, The Nation and the Sun Newspapers.

He also demanded payment of N500m to redress “the incalculable damage done to his hard-earned image and reputation”.

He also denied the “trumped-up charges” that the Federal Government filed against him.

Ozekhome said that Mohammed had “clearly rubbished the hard-earned reputation of our client with his brazen defamatory statements”, adding that Dokpesi had been bombarded with phone calls, mails and visits by his friends and well-wishers since the release of the ‘looters’ list.

He said, “Our client has suffered severe odium, opprobrium, ridicule, psychological trauma, untold embarrassment and countless business loses consequent upon your reckless publication, which has put him in a bad light before reasonable members of the society.”

Ozekhome said if Mohammed failed to meet his client’s demands, he would head for court, stressing that “a stitch in time saves nine”.

Chat us on WhatsApp
Advertisement
Previous articleMy take on Adekunle Ajasin University’s fee hike
Next article‘You’re a minion. What is your worth? How old are you?’ — Adebayo Shittu attacks Sowore on live radio