THE Economic and Financial Crimes Commission, EFCC, has secured a total of 312 convictions between January and December 2018, which is the highest conviction rate secured by the commision since President Muhammadu Buhari-led government started the anti-corruption campaign in 2015.

The record of convictions is a significant improvement from the 189 convictions recorded in 2017. 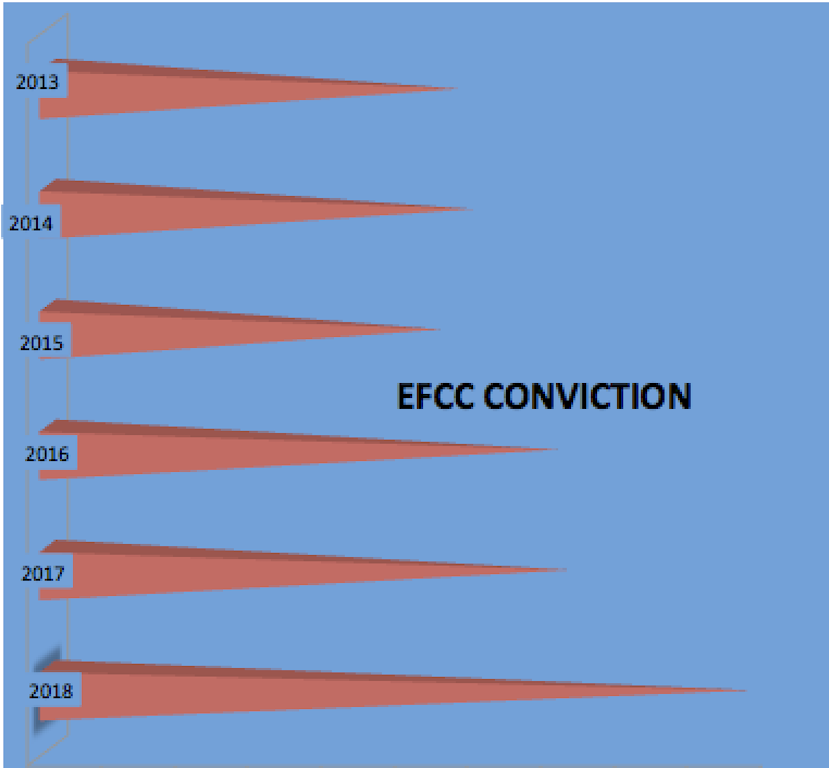 The high profile convictions recorded this year include that of two the politically exposed persons such as Jolly Nyame, a former governor of Taraba State and Joshua Dariye, a serving Senator and a former governor of Plateau state. Both are currently serving jail terms at Kuje Prison.

A Senior Advocate of Nigeria, Joseph Nwobike, has also been stripped of the highly revered legal title, he was convicted this year for perverting the course of justice.

Dariye and Nyame, who were sentenced to 14 years in prison had approached the Court of Appeal to challenge the “guilty” verdict handed down on them by a Federal Capital Territory High Court, Gudu presided over by Justice Adebukola Banjoko.

However, while upholding their convictions, the Appellate Court commuted Dariye’s jail term to 10 years, and that of Nyame to 12 years with a fine of  N495 million.

The acting spokesperson of the EFCC, Tony Orilade stated the resolve of the Commision to change the narrative of corruption in the country.

“With the convictions, the EFCC, led by Ibrahim Magu as the acting Chairman, has remained consistent in its concerted efforts aimed at ensuring that the negative narrative of pervasive corruption in the system is changed for the better, and the perception that some persons are above the Law is altered,” he said.

Chat us on WhatsApp
Advertisement
Previous articleNobody should talk to me again about Buhari’s integrity… Buba Galadima
Next article2019 Budget: 16 years after, Nigeria fails to implement Maputo Declaration on Agric, food security