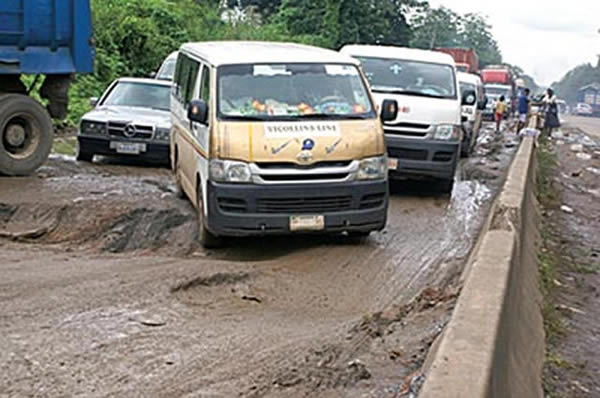 The Federal Road Safety Corps, FRSC, on Thursday confirmed the death of eight persons in an auto crash at the Ugbogui axis of the Benin-Ore-Lagos Expressway.

Ameen attributed the crash which he said was avoidable to fatigue on the part of the bus driver.

He said the driver rammed the bus into a stationary truck while driving from Lagos to Benin and although he survived, eight passengers in the bus died.

To avert more road crashes in this Valentine season, the FRSC zonal commanding officer of Benin zone, Charles Akpabio, said the agency has rolled out the “Operation Valentine” initiative aimed at intensifying enlightenment advocacy to remind road users on the need to be cautious while driving during thie season.

The programme will also see the waiving of the fines for road offenders in the spirit of showing love and road marshals have been instructed to increase their friendly disposition towards road users.

Akpabio noted that past statistics showed that road crashes between February 12 and February 16 since 2010 to 2013 have always been on the increase.

“During this period, our men are encouraged to be more friendly to traffic offenders not arrest them and make them pay fine, but to educate then on the need to obey traffic laws to enjoy live with their loved ones. Road users need to be reminded that while celebrating the Valentine season, they do not have to kill themselves from been drunk,” he said.

The zonal commander stressed that only recalcitrant offenders will have their vehicles impounded and will only be released after February 17 when they become sober.