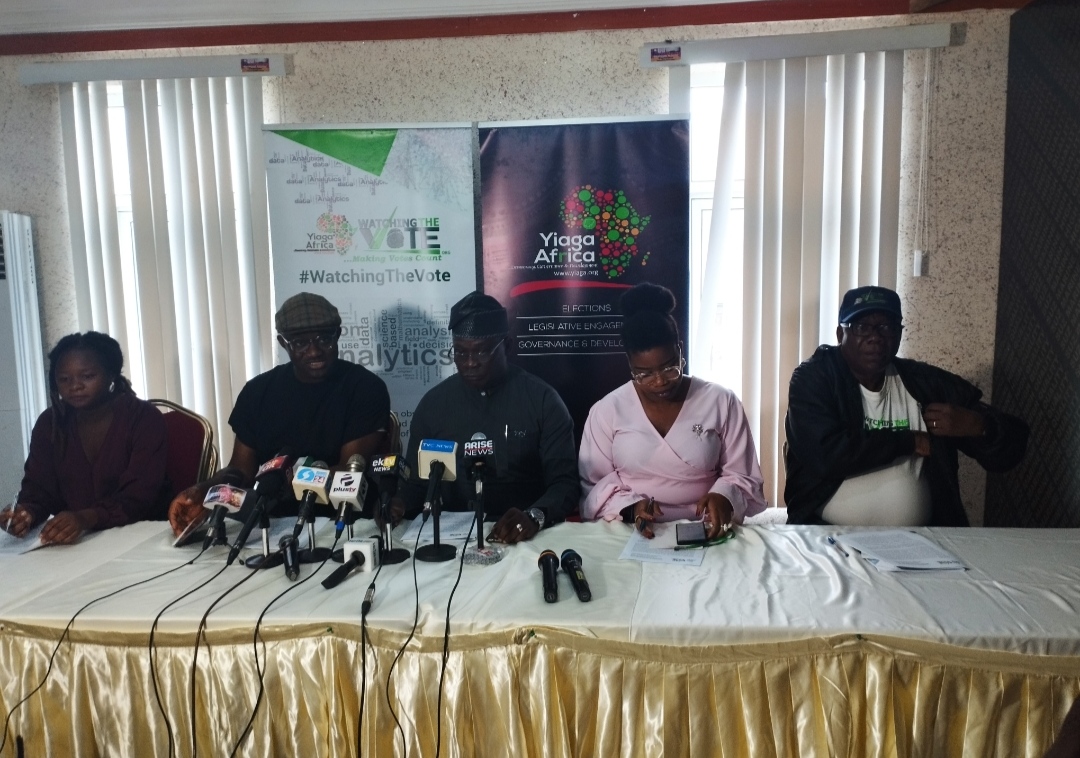 YIAGA Africa has said it would expose any manipulation of results in the forthcoming Ekiti State  gubernatorial election.

YIAGA Africa Director of Programs, Cynthia Mbamalu spoke at a press briefing in Ado-Ekiti on Thursday.

Mbamalu noted that the organisation would monitor the election process through its Parallel Vote Tabulation (PVT) system and estimate the election results at the end of the exercise.

“The PVT is an advanced election day observation methodology that employs well established statistical principles and sophisticated information technology in providing timely and accurate information on the conduct of accreditation and voting and it independently verifies the official governorship results as announced by the Independent National Electoral Commission (INEC),” she said.

She said 500 observers would be deployed to about 250 polling units and 16 result observers to all LGA collation centres to monitor the voting and collation processes.

Observations and results sent in by the observers would be scrutinised and reviewed to ensure they are authentic and accurate.

“If INEC’s official results falls within YIAGA Africa’s estimated reach, then the public, political parties and candidates should have confidence that the official results reflect the ballot cast at the polling unit.

“However if the announced results have been manipulated and do not match the polling unit result, YIAGA Africa will expose it,” she said.

While commending INEC on additional polling units, he highlighted an imbalance in the distribution across the state.

Itodo said gaps in the capacity of the Bimodal Voters Accreditation System (BVAS) should be addressed and data for collection of voters’ card be released upon the close of collection.

“INEC’s decision to deploy the Bimodal Voter Accreditation System is a welcome development and we celebrate it and we believe that it will, no doubt, improve the exercise as well as the transparency and credibility of our elections.

“We note that INEC did conduct a mock exercise in few polling units as a stress test to assess the functionality of the BVAS, but we are also worried of the low public participation in the exercise.

“We hope that the capacity gaps and the technological challenges highlighted Inn our report of the FCT Area Council Elections held on the 12t h of February 2022 are addressed to ensure that eligible voters are not disenfranchised on election day,” he said.

He also applauded the decision not to store sensitive materials at the Central Bank of Nigeria (CBN) and urged the Commission to explore other alternatives for logistics so as to avoid any form of sabotage by the National Union of Road Transport Workers (NURTW).