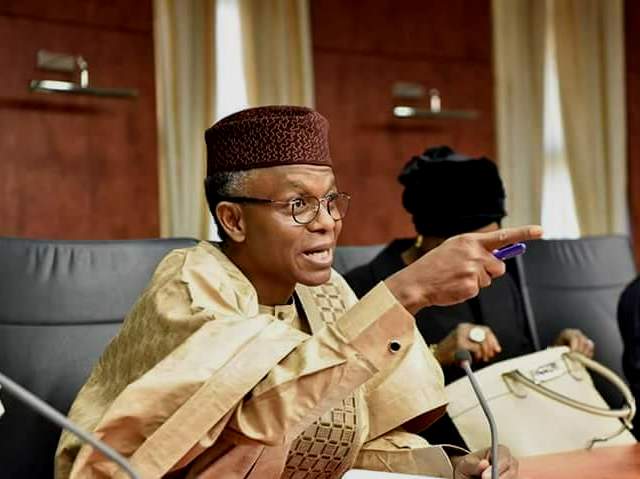 The Kaduna State government has sacked 4,562 out of the 15,897 teachers it newly recruited to replace the 22,000 unqualified teachers who were sacked in 2017.

Ja’afaru Sani, Kaduna State Commissioner of Education said the sacked teachers could not write a proper acceptance letter after they were offered their employment letters, which shows that their names were illegally included in the lists of candidates who had undergone thorough screening during the recruitment exercise.

“At the end, 4,562 incompetent ones, believed to have found their way into the final list illegally, were fished out, leaving 11,335 competent ones,” Sani said on Wednesday.

“We are hoping that between now and the end of next month, we will be concluding the recruitment process of the balance of 13,665 teachers.”

Sani added that the state government would eventually recruit enough competent teachers to fill the vacant positions created by the mass sack of 2017, adding that many of the successful teachers had been posted to more than 4,000 primary schools across the state.

Earlier this year, a Facebook post by one of the newly-appointed Kaduna teachers gave the Facebook user out as no better than the people he was employed to replace.

“I’ve been offer a teacher in subeb as a primary teacher, may Allah bless the work amin,” the recruited teacher, Usman Kabiru, wrote.. 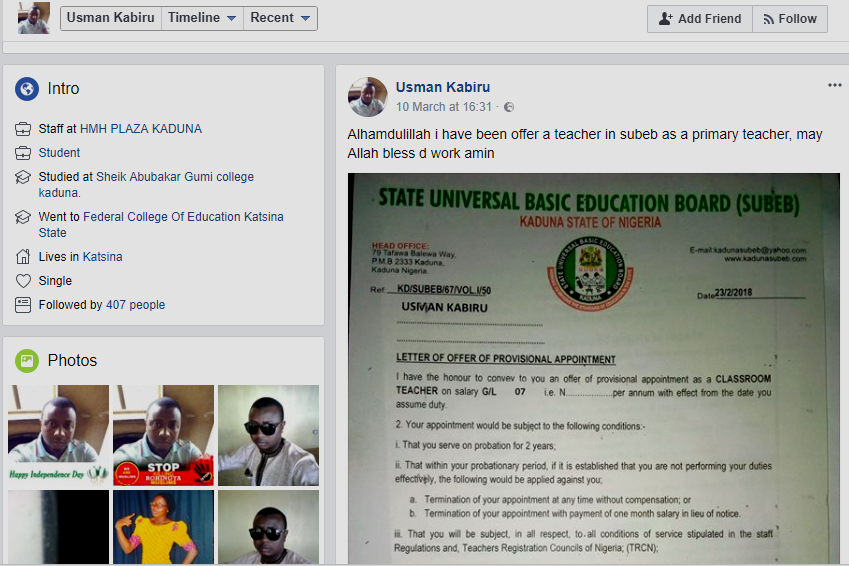 The post was subsequently taken down after a barrage of criticism.

As part of his sweeping education reforms, Nasir El-Rufai, Governor of Kaduna State, had announced a 27.5 percent increase in teachers salaries, adding that those teaching in remote villages would be given an additional five percent increase (making it 32.5 percent), a motorcycle for ease of movement and free accommodation.

The state government said that the increase in the salaries of teachers had placed them above other civil servants in the state, and was aimed at attracting the best hands to the teaching profession.

Kingsley OBIEJESI
Comments
We need your support to produce excellent journalism at all times.