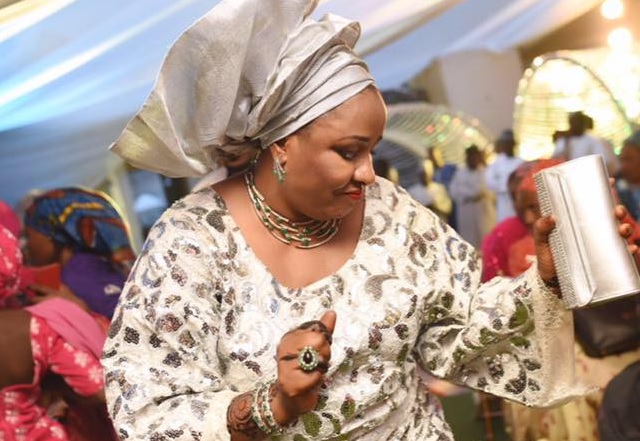 The federal government announced a new board of the Independent Corrupt Practices and other related offences Commission (ICPC) without running security checks on the nominees, the ICIR can confirm.

The ICIR exclusively reported on Friday that two persons announced as members of the reconstituted board of the ICPC, Maimuna Aliyu and Sa’ad Alanamu, were being investigated on corruption allegations by the anti-corruption agency.

The report indicated that Aliyu, a former Executive Director at the government-owned Aso Savings and Loans, was being investigated for stealing and diversion of public funds and that charges were being drawn up against her by the ICPC before her appointment.

Alanamu is also being investigated for bribery, among other allegations, he allegedly collected from contractor while he was chairman of the Kwara State College of Education.

Now embarrassed by the revelations, the federal government has decided to replace the two persons nominated to the board who are under investigation by the agency.

He said that the government felt embarrassed that persons undergoing criminal investigations were announced as members of the board of the anti-corruption agencies handling their case.

However, another source in the government whose name can also not be mentioned told our reporter that the members of the ICPC board announced on Tuesday did not go through any security screening as is traditional for such appointees.

The source said that the appointees were picked from a long list of names that had piled up in the two years that the Muhammadu Buhari government came into office.

He said that the failure of the government to fill those positions led to a situation where a long list had developed of persons seeking appointment into several boards. Such appointments are used for political patronage and rewarding the party faithful.

However, lately, a lot of pressure, it was learnt, had been put on the government to fill some of the vacancies, leading to the recent announcement of appointments into some boards.

For example, at the National Salaries, Incomes and Wages Commission, Ekpo Nta, erstwhile ICPC Chairman, was named as full-time commissioner alongside two others, while four part-time commissioners were also named in addition to six other officials.

Similarly, appointments were also made at the Infrastructure Concession Regulatory Commission, with Chidi K. C. Izuwah, and engineer, named Director-General, while the Special Presidential Investigation Panel for the Recovery of Public Property, to be chaired by Okoi Obona-Obla, Special Assistant to the President on Prosecution, was set up.

However, rather than send the names of the appointees to the Department of State Services (DSS), for proper security screening, the government just announced their appointment, the source said.

When asked to verify the claim that the appointees did not go through security training, Laolu Akande, Spokesman to the Acting President, was not too committal.

In a text message sent in response to our enquiries, he said that “the claims will be thoroughly and promptly acted upon with dispatch doing the right if found true”.

THE Tuesday, May 24, 2022 decision by the Central Bank of Nigeria’s (CBN) Monetary...
Advertisement

Chat us on WhatsApp
Advertisement
Previous articleEXTRA: The Nigerian slum where live plays are staged on water
Next articleWe should not compromise the unity of Nigeria