Ekpo Nta out of ICPC, Owasanoye in… all 36 appointments approved by Osinbajo 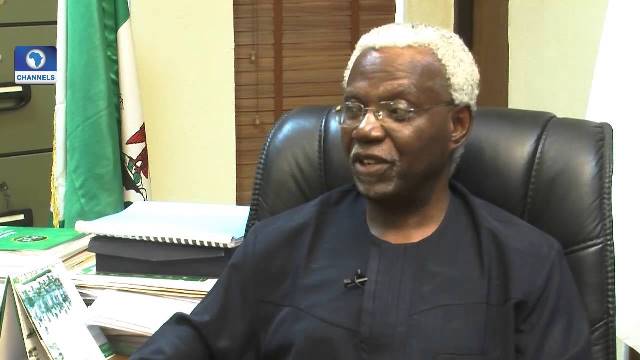 Yemi Osinbajo, Acting President, has approved the redeployment of Ekpo Nta, Chairman of the Independent Corrupt Practices and other Related Offences Commission (ICPC) to the National Salaries, Incomes and Wages Commission.

According to a statement by Bolaji Adebiyi, Director of Press in the office of the Secretary to the Government of the Federation (SGF), Bolaji Owasanoye, a Professor, has been appointed as Chairman with a renewable tenure of five years.

The new composition of ICPC was listed as follows:

The appointment of the Chairman is for five years, while the tenure for all the members is four years. The appointments are subject to confirmation by the senate.

Similarly, these appointments are for a period of five years. The Chairman of the Commission is Richard Egbule, a High Chief, while E. A. Thompson is the Secretary. Both were appointed in August 2014.

And at the Infrastructure Concession Regulatory Commission, Chidi K. C. Izuwah, and engineer, was appointed Director-General subject to senate confirmation.

“The Chairman of the Panel is Chief Okoi Obona-Obla, Special Assistant to the President on Prosecution. Mr. Akingbolahan Adeniran is the Secretary to the Panel.”

There had been failed efforts to remove Nta in the past, including false media reports in October 2016 that he had been sacked by the federal government and asked to proceed on compulsory leave, preparatory to his retirement.

But Nta debunked the report, telling the ICIR that he was in fact in the office as he was granting the phone interview.

“I do not want to comment on this,” he had said. “I think it is easy to confirm the veracity of the story from the office of the Secretary to the Federal Government that is quoted as sending me a letter.”

Nta became substantive Chairman of the ICPC in 2012, his five-year tenure due to end in November, 2017.

Chat us on WhatsApp
Advertisement
Previous articleIn Akwa Ibom, HIV/AIDS is 13 times more prevalent in married couples than in commercial sex workers
Next articleFrom 2018, you can’t get/renew an int’l passport without a NIN