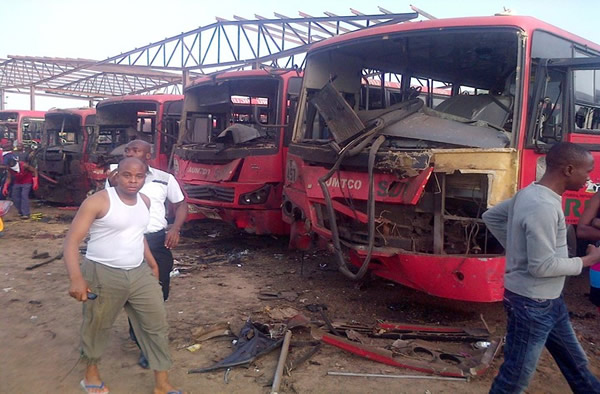 Residents of Jikwoyi, Kurudu, Orozo and Karshi, all communities in the outskirts of the Federal Capital Territory, FCT, were thrown into confusion Thursday as they reported a loud bang at about 8:45.

Jikwoyi and Asokoro are only about 12 kilometers from Nyanya, where two terrorist bomb attacks claimed over 200 lives last month, hence residents immediately mistook the sound for another attack.

However, military spokesman, Olajide Olaleye, a brigadier general, told PremiumTimes that the loud sound was from a rock blast.

Olaleye said the rock had been blocking a new road being constructed by Arab Contractors from Karishi to Apo, and that dynamites were used Thursday morning to blast the rock to allow for the continuation of the construction work.

He said the situation has been put under control and advised residents to remain calm.

Residents have however criticised the authorities for not giving any forewarning of the activities of the construction company, particularly considering the attacks on nearby Yanya in the last few weeks.

Anaba Elaga, who lives in Gidan Mangoro, who said that he and other neighbours believed the sound of the blast to be another terrorist attack, reasoned that residents of the surrounding communities ought to have been forewarned that a construction company would be blasting rocks in the area.

“It just shows that the security agencies are disconnected from the people. It is Democracy Day and we know terrorists always target such days of significance to wreak havoc so if they knew that there would be any blasts they should have told people living in such areas to expect some noise. That would have prevented the panic that followed the blast,” he said.