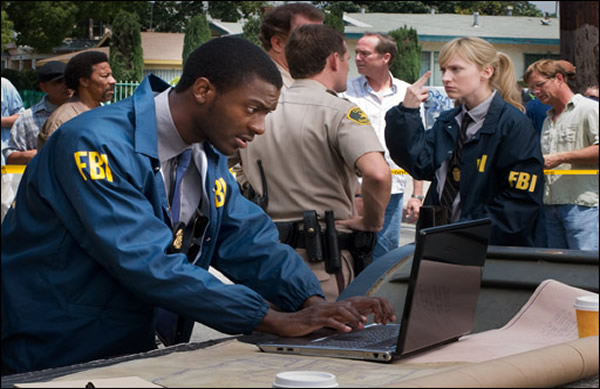 The director of the FBI on Friday defended an agent’s actions in impersonating an Associated Press reporter to track down a suspect, a tactic criticized by the news agency as “unacceptable.”

In a letter to the New York Times, FBI director James Comey said the deception had occurred in 2007 as the agency tried to solve a series of bomb threats and cyberattacks directed at a high school in the Seattle area.

Comey rebuffed criticism of the agency’s methods, saying, “We do use deception at times to catch crooks, but we are acting responsibly and legally.”

He said the agency had determined that the suspect was a narcissist and so set out to snare him making use of that tactic.

The agent who posed as an AP reporter “asked if the suspect would be willing to review a draft article about the threats and attacks, to be sure that the anonymous suspect was portrayed fairly,” he wrote.

As a result of the suspect clicking on a link relating to the fake story, the agency was able to track him down using court-authorized tools, Comey said.

“No actual story was published, and no one except the suspect interacted with the undercover ‘AP’ employee or saw the fake draft story. Only the suspect was fooled, and it led to his arrest and the end of a frightening period for a high school,” he wrote.

However, AP executive editor, Kathleen Carroll, slammed the agency’s tactics, according to an AP report.

“This latest revelation of how the FBI misappropriated the trusted name of The Associated Press doubles our concern and outrage, expressed earlier to Attorney General Eric Holder, about how the agency’s unacceptable tactics undermine AP and the vital distinction between the government and the press,” Carroll said in a statement.

The Reporters Committee for Freedom of the Press sent a letter Thursday to Comey and Holder expressing its deep concern over what it said was an “inexcusable” failure to comply with their own offices’ guidelines on impersonation of the news media.

“The utilization of news media as a cover for delivery of electronic surveillance software is unacceptable. This practice endangers the media’s credibility and creates the appearance that it is not independent of the government,” it said.

The AP also asked for policies to ensure the department does not impersonate other news organizations in the future.

“The FBI both misappropriated the trusted name of The Associated Press and created a situation where our credibility could have been undermined on a large scale,” AP General Counsel, Karen Kaiser wrote.

“The FBI may have intended this false story as a trap for only one person. However, the individual could easily have reposted this story to social networks, distributing to thousands of people, under our name, what was essentially a piece of government disinformation.”

Comey’s letter said the methods used in the case were “proper and appropriate” under Justice Department and FBI guidelines at the time, but acknowledged that higher approval levels would probably be needed for the use of such a technique today.

“Every undercover operation involves ‘deception,’ which has long been a critical tool in fighting crime, The F.B.I.’s use of such techniques is subject to close oversight, both internally and by the courts that review our work,” his letter concluded.

Buhari is plotting to frame me with crime, lock me up to silence me… says Obasanjo

Invictus Obi loses over N280 million to FG after court…