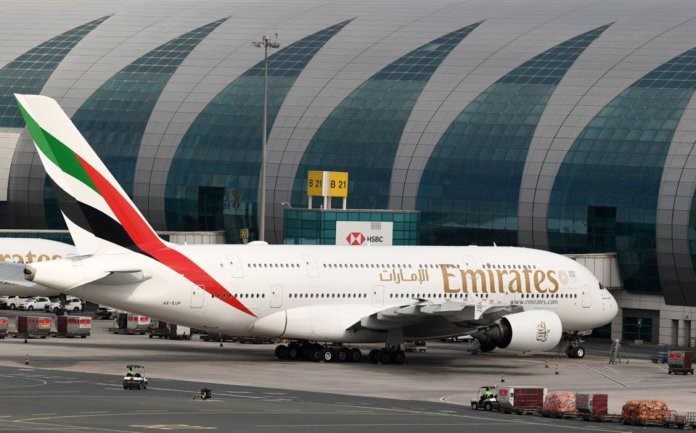 THE Federal Government has reduced the flight frequencies of Emirates Airlines into Nigeria from 21 flights to one per week.

This is coming exactly eight days after Emirates was granted approval to resume flights to Abuja and Lagos.

In a letter signed by the Director-General of the NCAA Musa Nuhu on Friday, the agency said that the Ministry of Aviation initially approved a Winter Flight schedule of 21 flight frequencies into Nigeria for the foreign carrier. That flight schedule was to two major airports in Nigeria: Lagos, 14 and Abuja, seven.

Despite this approval, Air Peace, the only Nigerian airline that operates flights to Sharjah International Airport, was only granted one flight frequency even though it sought three weekly passenger flight frequencies. This action forced the hand of Nigeria to reciprocate the gesture.

The memo read, “Following the lifting of the ban on Emirates Airline passenger flights to Nigeria by the Government, the UAE based airline applied to Federal Ministry of Aviation for approval of its Winter Flight Schedule.

“The Honourable Minister of Aviation graciously approved the Winter Schedule as requested without any hindrance or arrival slots requirements in the spirit and intent of the Bilateral Air Services Agreement (BASA) between Nigeria and UAE.

The NCAA explained that the bilateral air agreement between both countries was based on the principle of reciprocity for transparency and fairness to both sides.

It also stated that the DG NCAA held a series of meetings with his GCAA (UAE) counterpart at the sidelines of the ICAO Air Negotiation Conference (ICAN) in Bogota, Columbia, which all ended in stalemate.

The ICIR learnt that this decision would take effect from December 12, 2021, as Emirates Airlines would only operate into Abuja just once weekly on Thursdays, while its Lagos flight was suspended.

The UAE has continued to implement anti-Nigeria’s policies since its flights were suspended by the Ministry of Aviation some months ago over COVID-19 test disagreements.

Up till now, many Nigerians whose work permits have expired in the country are yet to get renewals despite the UAE’s denial.

Taofeek Adejare (not real name), who is based in the UAE but does not want to give his real name for fear of being victimised, told The ICIR that nothing had changed despite discussions between Nigeria and UAE as many Nigerians were begging in the streets and out of job due to UAE’s refusal to renew their work permits.