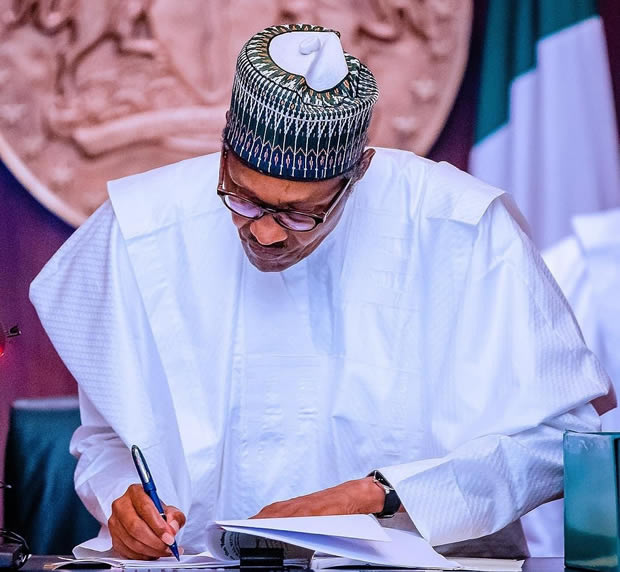 It is no longer a news that the re-enacted Companies Allied Matters Act was signed into law by President Muhammadu Buhari on Friday, August 7.

The Act, which was a replacement for the 1990 Act by the 8th Nigerian Assembly in 2018, is to promote the ease of doing business in the country.

Bukola Saraki, the president of the Nigerian 8th Senate, while commenting on the Bill shortly after it was passed , described it as “a significant milestone and far-reaching” in the nation’s legislative agenda.

“Today’s passage of the repeal and re-enactment of the Companies and Allied Matters Act (#CAMA) is a significant milestone in our legislative agenda. This is by far the most far-reaching legislation ever passed by any legislature in our country,” Saraki said.

According to Business Made Easy Nigeria, an online business medium, the law is to boost the new CAM law “seeks to promote reform of the onerous legal and regulatory framework as well as administrative bottlenecks which, for close to three decades, have made doing business in Nigeria substantially difficult – particularly for Micro, Small and Medium Enterprises (“MSMEs”) – and had made the economy less attractive to investments hence less competitive.”

The ICIR has taken a look at some of the critical takeaways from the law. These include;
A. Starting and running a business to become more seamless and less expensive. Under this, it includes:

The provision for a single member/shareholder company in contrast to the old ones that required at least 2 people to form a company; Declaration of compliance no longer required to be made by a Legal practitioner; Replacement of Authorised Share Capital with Minimum Issued Share Capital; Incorporation of a Private Company Limited by Guarantee – Consent of AGF no longer required; Common Seal no longer mandatory for companies; Provisions for electronic filing & issue of documents, electronic Share Transfer and e-Meetings for private companies; Exemption from Audit & Annual General Meeting; Appointment of a Company Secretary – Optional for Private Companies; Prescription of Model Articles for adoption by companies; Provisions for Limited Liability Partnership (LLP) & Limited Partnership (LP); Reduction in Filing Fees for Registration of Charges and Merger of Incorporated Trustees.

B. Corporate governance practice to improve within business organizations: Which includes the Disclosure of persons with significant control in companies; Restriction on Multiple Directorship in Public Companies and Public companies to display their Audited Accounts on Websites.

The CAM Bill contains frameworks for rescuing a company in distress and keep it alive as against allowing it to go into insolvency. Hence, provisions are made with respect to Company Voluntary Arrangements (sections 435 – 443); Administration (sections 444 – 550), and Netting (sections 719– 722).

Upon coming into force of the CAM Bill, the following provisions will be in full operation:

ii. Winding Up and Receivership will be converted to Administration.

iii. While a company is undergoing Administration, there will be a suspension on the enforcement of securities, court actions, sequestration of assets, etc.

iv. A company will now be able to disclaim onerous contracts with the leave of court.

v. If it is found that certain undervalued transactions may have led to a company’s financial distress, such a company can obtain a court order restoring it to its previous position.

vi. During winding up or a re-organization, contracts for the supply of essential services may be entered into or continued on the basis that the supplier obtains a personal guarantee by the officeholder in charge of rescuing the company.

The CAM Bill has also modified the conditions for Winding up and clearly set out the rights of secured creditors in Winding up. Henceforth;

i. The minimum trigger debt for bringing a Winding up petition against a company will be N200,000 (Two Hundred Thousand Naira) as opposed to the former debt trigger of N2,000 (Two Thousand Naira).

ii. Interests/claims of holders of fixed charges will rank in priority to other claims and expenses of winding up.

iii. While a company is being wound up, only a fixed charge holder (or any other validly created and perfected security interest holder other than a floating charge holder) will now be able to enforce security, sequestrate, attach or levy execution on the assets of the company.

There are various provisions in the CAM Bill which seek to either prevent injustice to, or further ensure justice for, minority shareholders in the events of actions of the company which are considered oppressive, prejudicial or illegal outright. In this connection, upon the CAM Bill becoming operational, the following conditions shall apply:

i. Restriction of the appointment of the same person as Chairman and Chief Executive Officer (CEO) of a private company.

ii. Full disclosure of all material facts relating to buyer-seller transactions and the existence of a conflict of interest, where it applies.

iii. Preservation of the preemptive rights of existing shareholders where new shares are issued.

iv. Expansion of the grounds under which shareholders can hold the Board liable for damages caused by related third-party transactions, now to include conflict of interest.

v. Disqualification of erring directors from continuing to serve for a one-year period, for causing loss to the company.

vi. The requirement of a minimum of three (3) independent directors on the Board of private companies.

vii. The courts will now be able to rescind third party transactions which are proved to be unfair or oppressive or cause economic harm to the company, in general.

viii. It will now become mandatory to seek and receive the consent/approval of minority shareholders whenever there is a proposed sale of more than fifty-one per cent (51%) of the company’s assets.

Finally, regulation and compliance, new mechanisms for making regulations more effective, and compliance a lot easier, are introduced into the governing framework for supervising business entities. These include the following: A more inclusive CAC Governing Board; Power of the CAC to initiate investigation of a company; Treatment of Related Associations as one and Pre-Action Notice to precede institution of court actions.

Boko Haram told me Leah Sharibu has been married to a commander, kidnapped victim says

Power should move to southern Nigeria in 2023 — El–Rufai