FLASHBACK: ‘APC will not work … is bound to sink’, said Ali Modu Sheriff in 2014 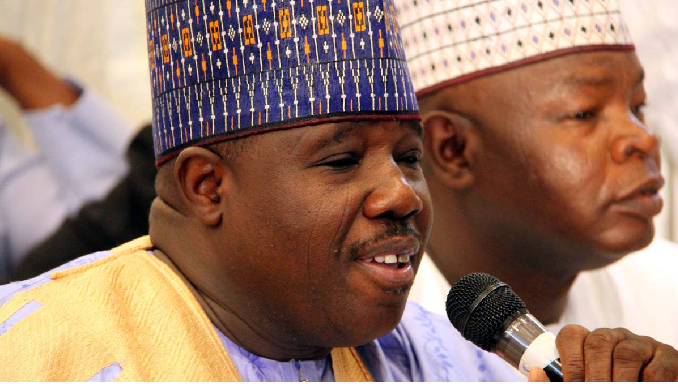 From the All Nigeria People’s Party (ANPP) to the All Progressives Congress (APC) to the People’s Democratic Party (PDP) and now back to the APC, the political trajectory of Ali Modu Sheriff can best be described as nomadic.

His stints both at the PDP and APC were full of controversy. While in the APC, he was accused of working for the Goodluck Jonathan administration, and while in the PDP, he was said to be working secretly to foster APC interests by planting chaos within the party.

For a long time, he battled for the office of the PDP national chairman alongside Senator Ahmed Makarfi, former governor of Kaduna state, until the Supreme Court declared his claim illegal and pronounced Makarfi as the one entitled to the position.

Today, Sheriff will be formally re-accepted into the fold of the APC as confirmed by Bolaji Abdullahi, the party’s National Publicity Secretary. Daily Trust gathered that President Muhammadu Buhari, after a meeting with Sheriff and Gambo Lawan, directed the leadership of the APC to accord special recognition to Sheriff and accept him into the party.

But Sheriff has not always been fond of Nigeria’s ruling party ― though he was part of its founding members. Back in July 2014, when he announced his decision to decamp ― this time to the PDP ― he had no nice words with which to describe the APC. The party was not inclusive, he said when he was asked what motivated his decision.

“The game has changed both in Borno and at the national level. APC has no solid foundation; a party cannot be built around an individual”, said Sheriff to journalists.

“I have taken time to study the package called APC and come to realise that it won’t work. And any serious politician who knows his onions would not want to be in a ship that is bound to crash,” he added.

Even after the apex court’s decision which removed him and restored the Ahmed Makarfi-led National Caretaker Committee (NCC) as the authentic national leadership of the party, he restated his loyalty to the PDP through his Twitter account.

“This is the time to build the PDP and to focus on the future, which include reclaiming power from the APC,” he tweeted in July 2017. “Moving forward, we must embrace true reconciliation, so as to be united as a formidable option to send the APC packing in 2019,” he added.

Six days later, on the same platform, he also appealed to his “loyal supporters nationwide not to defect as we are still committed to bringing the PDP back to the grassroots”.

Moving forward, we must embrace true reconciliation, so as to be united as a formidable option to send the APC packing in 2019.

I appeal to all our loyal supporters nationwide not to defect as we are still committed to bringing the PDP back to the grassroots.