FLASHBACK: How Buhari skipped four FEC meetings before travelling to the UK 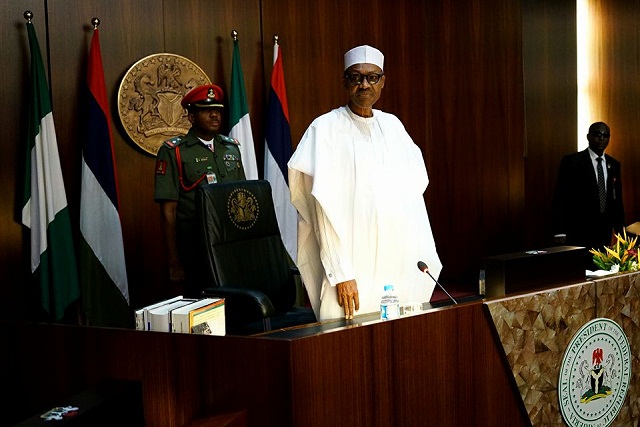 Wednesday’s cancellation of the weekly Federal Executive Council (FEC) meeting brought to mind the events that took place in April and May prior to President Muhammadu Buhari’s medical trip to London.

Buhari had returned to the country from his first London trip on Friday, March 10, via Kaduna military airbase and presided over a couple of FEC meetings in the first couple of weeks that followed.

However, before he eventually left for the UK on May 7, Buhari missed four consecutive FEC meetings technically — he actually missed three and cancelled one without good reason — sparking speculations that all was not well. 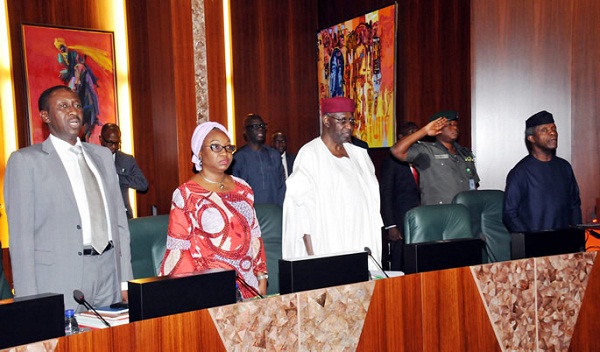 It was the first FEC meeting to be presided over by Yemi Osinbajo, the Vice President, while Buhari was in town. After the meeting, Lai Mohammed, Information Minister, told State House Correspondents that Buhari was not ill but had decided to work from home as there was no serious thing to be discussed at the meeting.

“Mr President looked at the agenda, it was a very light agenda and decided that the vice-president should preside.

“He is not ill, he is not sick. I’m sure that later in the day or tomorrow morning he will be back in the office. I just want to clear that misconception.

The FEC meeting was called off on this day, Presidency sources telling reporters that the meeting was not even listed on the President’s schedule for the week.

“It (FEC Meeting) was not to hold in the first place. It was not cancelled,” Adesina said.

Also, Garba Shehu, the President’s other spokesman, admitted that the Easter holiday was a possible reason why FEC meeting could not hold.

“I think it is because of the Easter holiday,” Shehu said.

“The secretariat had no time to circulate the necessary documents. The staff on the Council secretariat resumed on Tuesday after the Easter. There was no time to prepare and circulate memos to ministers.

He added that suggesting that the meeting was called off due to the President’s health status “will not be fair.”

Again, Buhari failed to show up at the FEC meeting, leaving Osinbajo to take charge of affairs. No reason was given for the President’s absence.

This particular FEC meeting took place two days after Olalekan Adetayo, a journalist with The Punch newspaper, was sacked from the State House by Bashir Bindawa, Buhari’s Chief Security Officer, for reporting that the President was seen in public only once throughout the previous week — when he attended Jumaat Prayers at the State House Mosque.

He was later recalled after the issue was taken up by the presidential media team.

Osinbajo also presided over the FEC meeting despite reports the previous day that Buhari’s health had improved and that he held separate meetings with Abubakar Malami, Attorney General of the Federation and Minister of Justice, as well as Maikanti Baru, Group Managing Director of the Nigerian National Petroleum Corporation (NNPC_.

Aisha Buhari, wife of the President, had also granted an interview the previous day — the first time since her husband returned from medical vacation — saying that his health condition was not as bad as perceived.

MAY 7, BUHARI LEAVES FOR LONDON 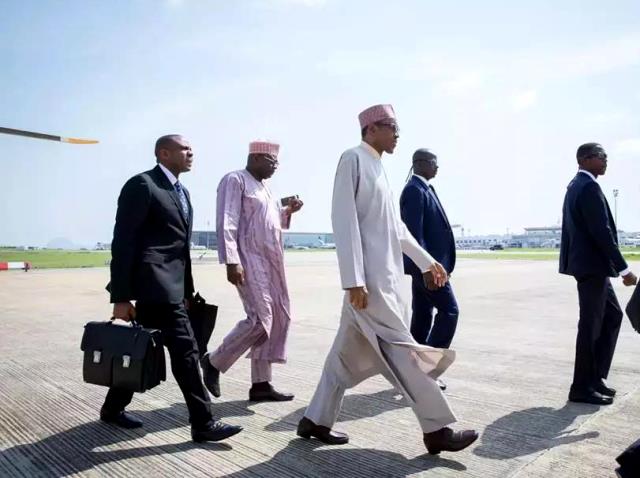 Four days after missing the last of the four FEC meetings, Buhari returned to London, moments after receiving the 81 Chibok girls freed in exchange for five Boko Haram commanders.

This is exactly why the President’s cancellation from Wednesday’s FEC meeting is being seen by the public as an indication that he hasn’t fully recovered.

With Adesina saying on Monday that Buhari cpould return to the UK if needed, is there a reason to worry about the President’s health condition?

‘I won’t tell you the details’, says Osinbajo as he submits SGF probe report to Buhari