Food crisis: Cost of preparing pot of jollof rice rises by 7.3 per cent to N8,500 — Report 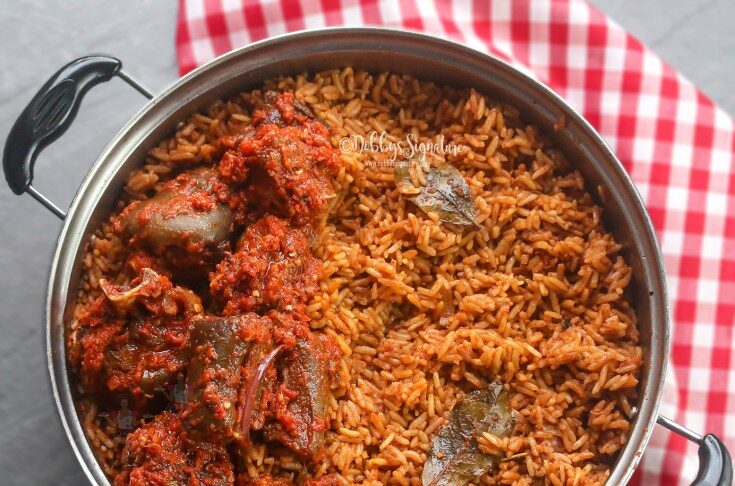 THE average cost of making a pot of jollof rice for a family of five in Nigeria has risen by 7.3 per cent, from N8007.50 in the third quarter of 2021 to N8,595 at the end of the first quarter of 2022, reflecting the worsening food crisis in the country.

It tracks how much it costs to make a pot of jollof rice across 13 markets in nine states in the six geopolitical zones for a family of five or six, the average rural and urban family size in Nigeria. 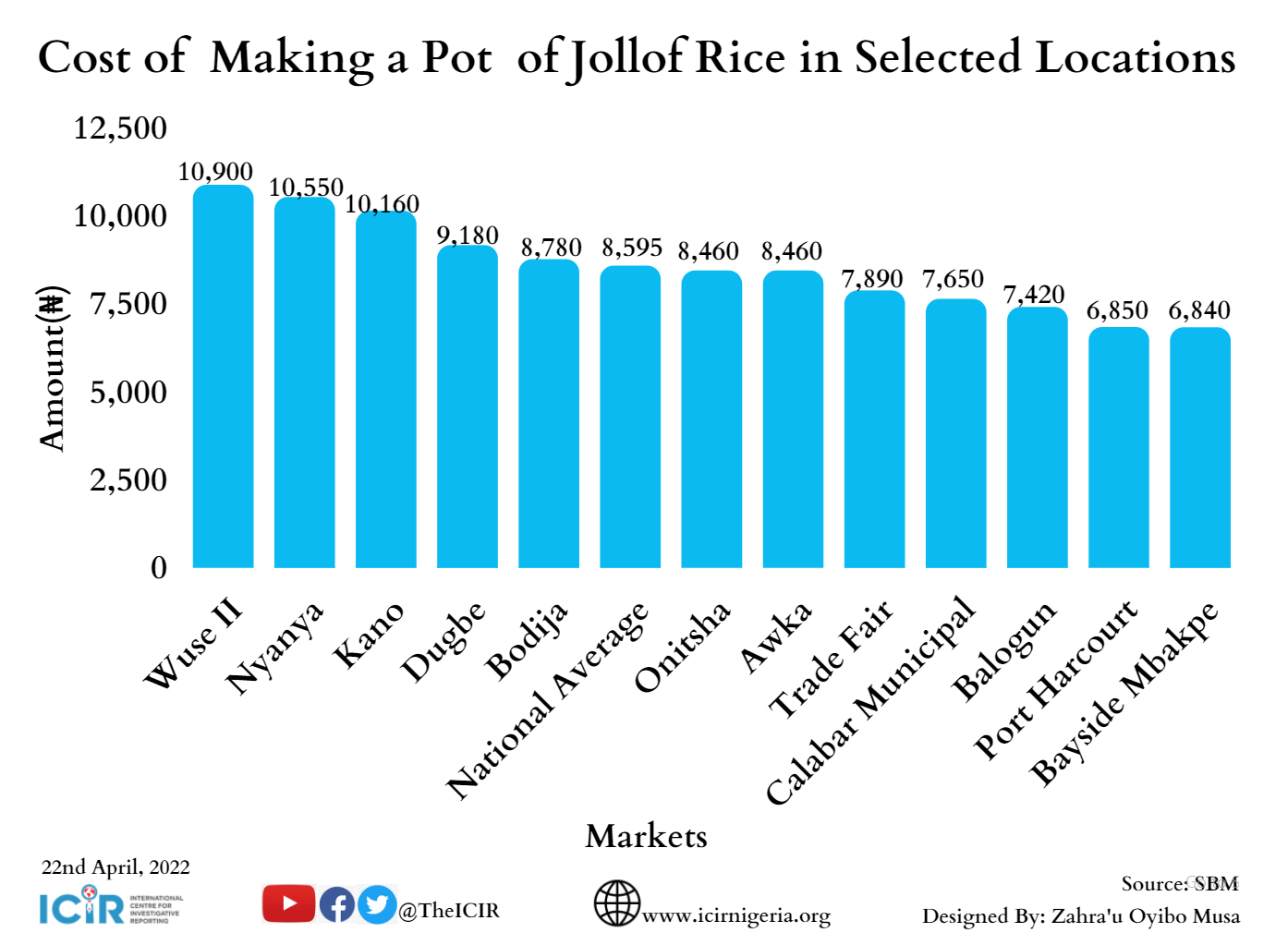 The report states that insecurity has plagued the country to disturbing degrees, citing that this has affected food distribution as some food supply routes are considered unsafe.

It notes that price surges are now a common phenomenon in all the markets as the approach of running to outskirt markets in a bid to save costs is no longer tenable.

It reveals that traders now call dealers on a daily basis to confirm if there is a price change before they begin the day’s sales because they stand a risk of not being able to replace stocks, as profits are very marginal due to the high cost of goods.

The report reads, “Customers also complained about their inability to add protein to their meals. A respondent stated, ‘Beef, chicken, and fish have become so costly these days. I am not even talking about turkey. I removed that one from my menu a long time ago, and now that everybody wants to add egg, it has gone up too. It is now about N80 or N90, depending on whether you buy the small or big one.’ “

It says that due to the high poverty level in the country, food quantity has become the major priority for people over dietary requirements and food quality.

The SBM Intelligence report corroborates the report by the National Bureau of Statistics (NBS), in its Consumer Price Index (CPI) for March 2022, which revealed that Nigeria’s inflation rate rose to 15.92 per cent in March 2022, the highest rise since October 2021.

The report warns, “As food prices rise, threats of malnutrition may also be on the rise as Nigerians also cut down on their protein intake, related to the prices of eggs rising by 45 per cent in March 2022, compared to the same period in the previous year.

“A meat seller noticed recently that people are abandoning beef for cheaper parts such as intestines and other innards in a bid to save cost. Additionally, more customers ask that their meats be sliced into smaller pieces.”

The report adds that consumers in both Nyanya and Wuse II markets, on the outskirts of the Federal Capital Territory and in Abuja respectively, experienced an increase in food prices between October and November, a decline in January and an upward trend in March.

Before now, foodstuffs were cheaper at the Nyanya market than the Wuse market. However, currently, the report reveals, running to the outskirts to buy food items does not hold much advantage as costs are roughly the same.

“In these markets, the prices of turkey, beef and onions increased. The price increase in February and March can be attributed to the fuel scarcity, which increased the cost of transportation of goods. Some drivers had to spend the night at filling stations to be able to get fuel for their vehicles, and others had to buy from black market vendors at higher rates,” the report states.

It adds that the Russian invasion of Ukraine is also impacting food prices in Nigeria. According to the report, the war has led to a global surge in fertilizer prices as shipments from the black sea region have been reduced.

“Hence, food prices are likely to take an upward trend in the coming months. Already, the cost of a 50kg bag of NPK has increased from N8,000 in the previous year to about N17,000 presently.

“A bag of Urea fertilizer now costs N17,000, up from N6,000 last year, thus increasing the cost of food production. While the commissioning of the three million-ton fertiliser facility is expected to improve the availability of fertiliser, it may not improve the cost,” it stresses.