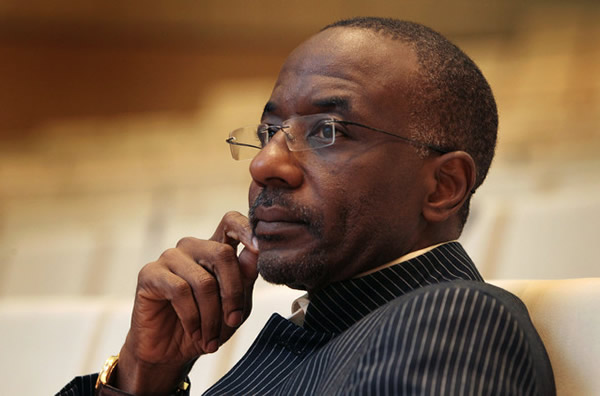 The former governor of the Central Bank of Nigeria, CBN, Lamido Sanusi, has filed a notice at the National Industrial Court, NIC, stating his intention to discontinue his suit against the federal government, challenging his suspension from office on February 20, 2014.

In the letter dated July 1, 2014, Sanusi, who is now the Emir of Kano, expressed his desire to withdraw his case against President Goodluck Jonathan, the Attorney General of the Federation, Mohammed Adoke and the Inspector General of Police, Mohammed Abubakar, the three defendants in the matter.

It would be recalled that at the resumed hearing of the case at the industrial court, the President of the NIC, Babatunde Adejumo, had advised both parties to explore an amicable settlement of the dispute and adjourned the matter till July 4.

“I will strongly commend, by virtue of the provision of this court’s establishment Act, that parties seek amicable way of resolving this dispute. In industrial and employment relations, the court is not concerned about the consequence of its pronouncement on parties alone, but on the entire society,” Adejumo had said.

The presidency had explained that Sanusi was suspended for issues regarding financial recklessness and violation of due process and the mandate of the CBN, as indicated in a probe carried out by the Financial Reporting Council of Nigeria, FRCN.

It said the suspension was part of an attempt to strengthen the CBN to ensure that the apex bank continues to be a symbol of prudence, integrity and accountability.

However, the legality or otherwise, of the suspension dominated the media at the time, with some groups and organization insisting that the action was unconstitutional, but the President maintained he did not flout the CBN Act or any law.