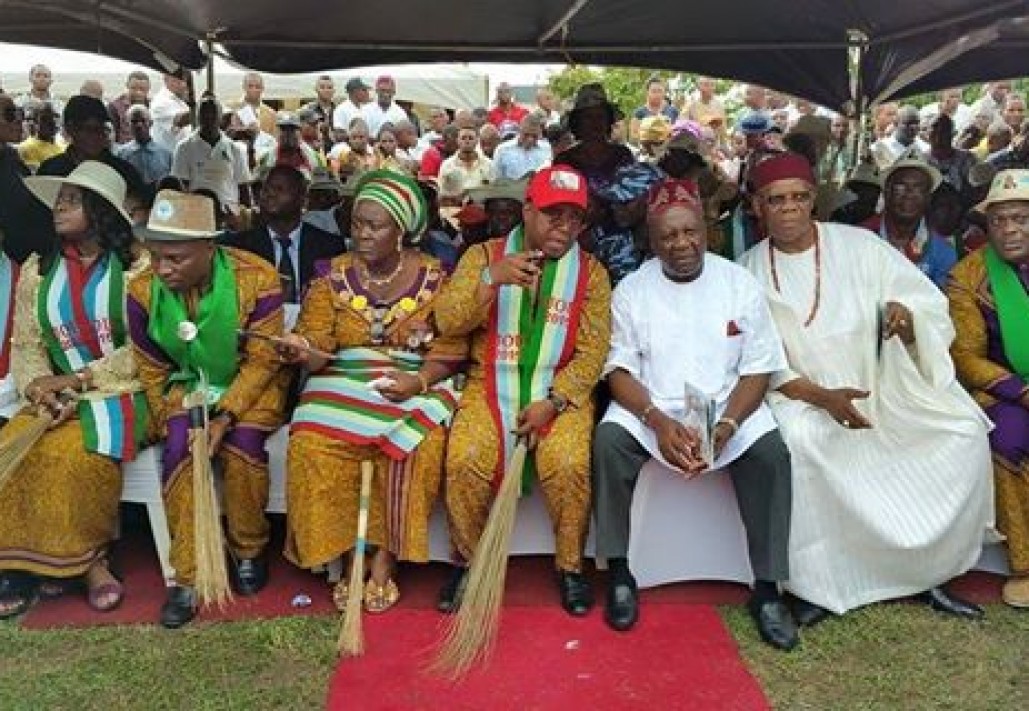 Former governor of Akwa Ibom State, Victor Attah, and member of the Board of Trustees, BOT, of the People’s Democratic Party, PDP, Don Etiebet, on Saturday dumped the ruling party for the opposition, All Progressives Congress, APC.

The dumping of the ruling party by Attah, a former two-term governor of Akwa Ibom state, and former minister of petroleum Don Etiebet, did not come as a surprise to political watchers of events in the state as the duo was reportedly opposed to what was considered an imposition of the PDP’s gubernatorial candidate by governor Godswill Akpabio.

Akpabio had backed the emergence of Emmanuel Udom, a former executive director of Zenith Bank, as the guber candidate of PDP in the state while the favoured candidate amongst political heavyweights in the state was Umuna Okon Umuna, a close associate of the incumbent governor.

The perceived betrayal on the part of the Akwa Ibom State governor led to the decamping to APC of Umuna Umuna, who clinched the opposition party’s gubernatorial ticket at the primaries thereafter.

Attah and Etiebet, who reportedly joined the APC with more than 50,000 of their supporters declared their support of the APC governorship aspirant.

Both men were sighted at an All Progressives Congress, APC, rally held in Ibibio Park Grounds in Uyo.

Etiebet who is a former minister of petroleum, reportedly commented on the development, stating that “Godswill Akpabio told them we are expired politicians, that we don’t have followers. We have decided to come home to effect change”.

Attah was governor of Akwa Ibom form 1999 to 2007 and is widely believed to be the incumbent governor’s political godfather.