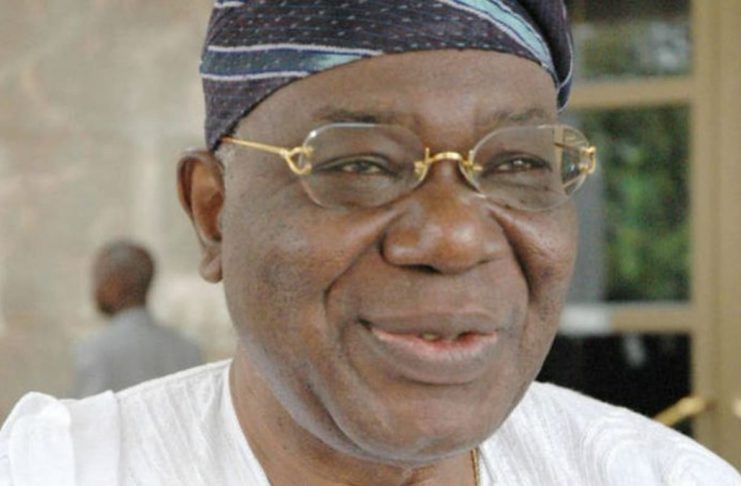 Former Head of the Interim National Government (ING) Ernest Shonekan was on Friday buried in an over N30 million vault in Lagos.

Temitope Alebiosu, a staff member of Ebony Vaults, Ikoyi, the funeral company that handled the ceremony, informed The ICIR in a telephone interview that the cost of the vault was above N30 million.

But she did not disclose the exact cost.

When asked about the cost of the casket, she said it was in the range of N8 million.

Another staff of Ebony Vaults, Tunde Babalola, told The ICIR that the cost of vaults in the premium category ranged from N30 million and above.

Babalola refused to state the exact cost of the vault Shonekan was buried in, but he pointed out that it was specially customised for the family.

“The one we used for Shonekan, something similar can be in the range of N45 million to N50 million depending on which one someone wants. The premium cost is between N30 and N35 million,” he said.

Shonekan died in January in Lagos.

Speaking at the funeral service held at the Cathedral Church of Christ, Lagos, Vice President Yemi Osinbajo commended the late leader and said he lived a fulfilled life worthy of emulation. 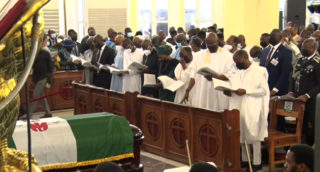 Also speaking at the event, a former military Head of State, Yakubu Gowon said: “May his soul rest in peace. He was a great man in the industry, a great man in politics, but he was not a partisan politician. He is a national statesman and politician.”

Osinbajo led the Federal government delegation which included Secretary to the Government of the Federation Boss Mustapha and the Minister of Information Lai Mohammed.

President Muhammadu Buhari had after Shonekan’s death, said he left “a flourishing business career to become the Head of Government at a delicate time when the country needed someone of his calm mien and pedigree to save the ship of state from sinking”.

The ICIR reported the death of the former leader of the ING on January 11, 2022.