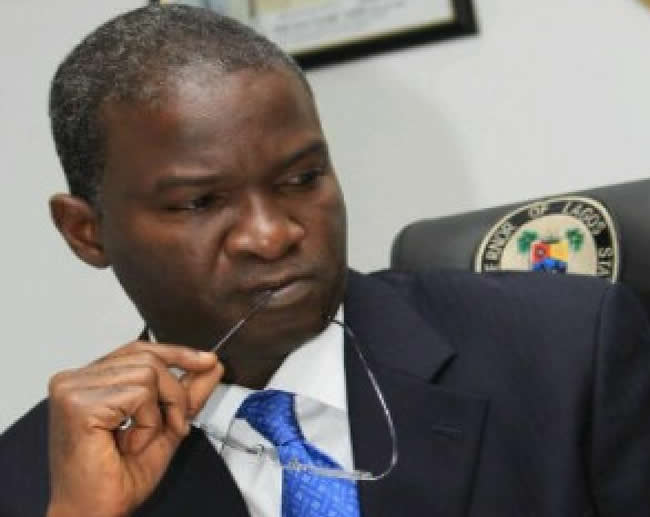 The governor said this on Monday when he received the chairman of the National Drug Law Enforcement Agency, NDLEA, Ahmadu Giade, at the Government House, Ikeja.

He said that the drug trade was “too dangerous” to be treated with a kids glove, noting that the country’s anti-drug law must be made more punitive to fight the menace.

“I support calls and campaigns for stiffer penalties for drug traffickers, manufacturers and others who are one way or the other engaged in this unhealthy trade,” he said.

Fashola reasoned that in the face of increasing national and global insecurity, it is impossible to neglect the role drugs play in motivating terrorism and other violent crimes.

“I have come to the resolute belief that it takes some degree of abnormality for someone to go out and take people’s lives. And often times, those who perpetrate these crimes do it under the influence of drugs and other substances,” he said.

The governor, therefore, urged security agencies to collaborate with the NDLEA in its efforts to confront crime.

He said: “The first fight against crime is to rid the country of illicit drugs. For me, every security agency that wants to fight crime must collaborate with the NDLEA”.

Earlier, Giade said that the agency was winning the war against drugs as it had, through a number of efforts, reduced trafficking and use.

He said that the removal of Nigeria from the list of biggest drug transit countries in 2010 was proof of the progress made.

Giade thanked Fashola for supporting the operations of the NDLEA, which he said had helped the agency to record some successes in Lagos.

At the end of the meeting, Fashola presented two patrol vans to the NDLEA to enhance its operations in the state.