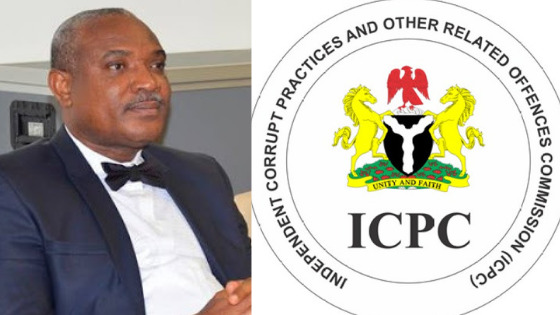 THE INDEPENDENT Corrupt Practices and other related offences Commission, ICPC, have on Tuesday declared the suspended chairman of the now dissolved Special Investigation Panel for Recovery of Public Property (SPIP), Okoi Obono-obla wanted.

The ICPC said the action is borne out of his refusal to honour all invitations sent to him to give answers to questions on allegations of fraud and corruption while he served as the chairman of SPIP.

The commission reported that it received several petitions against Obono-Obla on abuse of office, falsification of admission records, living above his income and collection of gratification from suspects under his investigation.

“The suspended chairman is also facing allegations of working outside the guidelines governing the panel by investigation unauthorized petitions and prosecuting suspects without recourse to the office of the Attorney General of the Federation, the statement read,” ICPC wrote.

The commission said that Obono-obla violated the provision of the Corrupt Practices and Other Related Offences Act, 2000 and extant laws of the Federal Republic of Nigeria after series of investigations conducted by the commission.

The ICPC revealed that it had sent several invitations to Obono –Obla, which he ignored without giving any reason and all attempts to track him so as to make him appear before them the agencyfailed.

The commission stated further that his refusal led to the ICPC employing the help of other security agencies which resulted to a disclosure by the Nigeria Immigration Service (NIS), which showed records of his travel out of the country.

ICPC revealed that according to the records of the NIS, Obono-obla left the country to an undisclosed location on August 17th, 2019 through the Murtala Mohammed International Airport, Ikeja and has not returned since then.

President Muhamadu Buhari approved the suspension of Obono-obla on August 14 , 2019 before eventually dissolving the panel on September 17, 2019 on the basis of giving room for an investigation by the ICPC.

THE Federal University of Technology Akure, (FUTA) Chapter of the Academic Staff Union of...

MEMBERS of Nigeria's women basketball team, D’Tigress, have announced their intention to participate in...
Advertisement

Chat us on WhatsApp
Advertisement
Previous articleUSSD charge at MTN discretion, we have nothing to do with it say bank CEOs
Next articleCourt orders temporary forfeiture of 23 properties linked to Maina