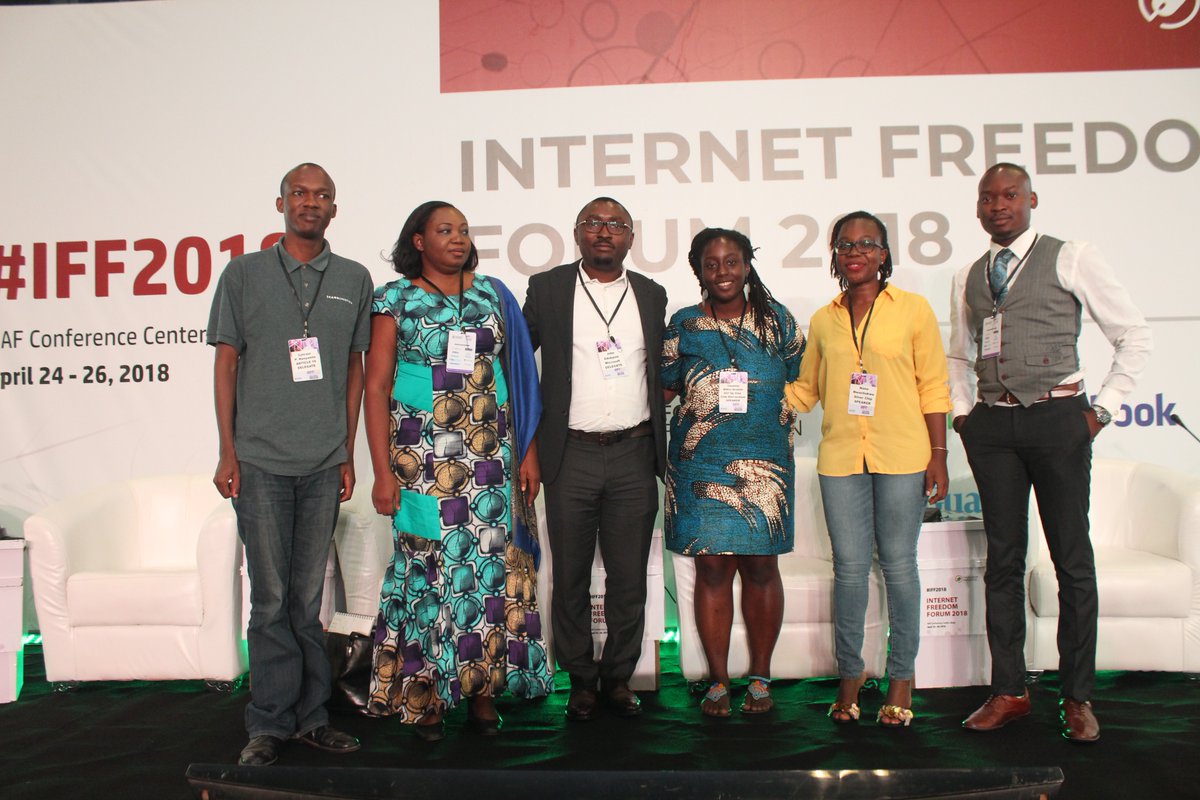 Digital rights experts across Africa say the possibility of President Muhammadu Buhari signing the just passed Digital Rights and Freedom Bill would spur other African countries to replicate the passage of the bill.

The Nigerian Digital Rights and Freedom bill which was recently passed by the National Assembly was praised by experts as a step in the right direction in strengthening digital rights on the continent.

“It would be great if the Nigerian president could immediately sign the bill into law. This would be seen as a challenge to other African countries. It would be great for Nigeria to set a good example in this area,” said Ephraim Kenyanito of Article 19 East Africa at the ongoing 6th Internet Freedom Forum, organised by Paradigm Initiative, taking place in Abuja.

According to Adeboye Adegoke, Paradigm Initiative’s Digital Rights Program Manager, “The Digital Rights and Freedom Bill was drafted by a coalition of civil society, private sector and government to protect the digital rights of Nigerians in the emerging digital age.

John Edokpolo, Microsoft Nigeria Head of Legal Affairs, called on the government to enact good laws in encouraging innovation and development in the tech industry.

“If you want foreign direct investment in the technology industry, you need to have a good data privacy law, among other things. It helps when businesses can help government see the economic benefits of having positive legislation around digital rights. The job should not be left to the civil society alone.”

The Forum also provided an opportunity to discuss the adversarial relationship between government and media in the digital age.

Speaking at the session dedicated to the theme, Henry Maina, Regional Director of Article 19 Eastern Africa, said: “Nigeria remains one of the many African countries which still retain criminal libel laws, an unfortunate reality that simply erodes freedom.”

Tolu Ogunlesi, Special Assistant to the Nigerian President on Digital Media, said, “an effective media ensures a free society and serves as a check on government. The media should, therefore, avoid engaging in only broadcasting what different actors are saying but go beyond the press statements to finding out the truth.

“The media must do more to combat fake news and ensure truthfulness in their reports. While I would not campaign for government regulation of media space, I would argue for the media to be more accountable and self-regulate.” He said

Dapo Olorunyomi, the publisher of Premium Times, said the media was already accountable and it was the government that needed to improve transparency and its proactiveness in releasing information.

The Internet Freedom Forum also had a session dedicated to discussing the impact of intentional internet disruptions on the economy.

This session, coordinated by the Centre for Intellectual Property and Information Technology Law (CIPIT) at Strathmore University Kenya, analysed the economic impact of internet shutdown on the economies of the countries that have experienced.

Speakers at the session bemoaned the ease with which African countries now resort to internet shutdown without any consideration for its impact on their peoples and economy.

The Forum, which runs between April 24 and April 26, brings together experts from across some forty countries in Africa and beyond.  Speakers at the event together also included ‘Gbenga Sesan, Tolu Adeleru-Balogun of Naija Info, Ana Brandusescu of Web Foundation, and Titi Akinsanmi of Google.